Edacademie
Today am taking you all to Trinidad which is the larger and more populous island of two major islands of Trinidad and Tobago. Trinidad cuisine is a blend of Indian, European Creole, Arab,Chinese,Latin American, African west, influences. And their well known dishes are Sada Roti, Fried Bakes, Coconut Bake which includes street foods like Doubles, Pholourie,Kachori, Roti Wrap, Aloo pie and much more. Today i want to showcase one of the most popular Street food aka Dhalpuri Roti which have its Indian influence. Roti is consider as the Staple of this West Indian island’s cuisine. A roti is Trinidad is served with its accompaniments typically with yellow curry stew of meat, potatoes and chickpeas. Roti arrived to the Trinidad island around the slavery was abolished in the late 1830s, with servants from India, where the unleavened flatbread has been popular for many centuries. Dhal puri, paratha and sada are the most readily available styles of roti in Trinidad.Locals call their brand of paratha “buss up shut,” which gets its name from the Trini pronunciation of the phrase “busted-up shirt,” a reference to what the dish looks like. Not like the traditional paratha in India, buss up shut is broken into pieces, and diners typically pick up the pieces with their hands and use them as utensils to scoop the curry. 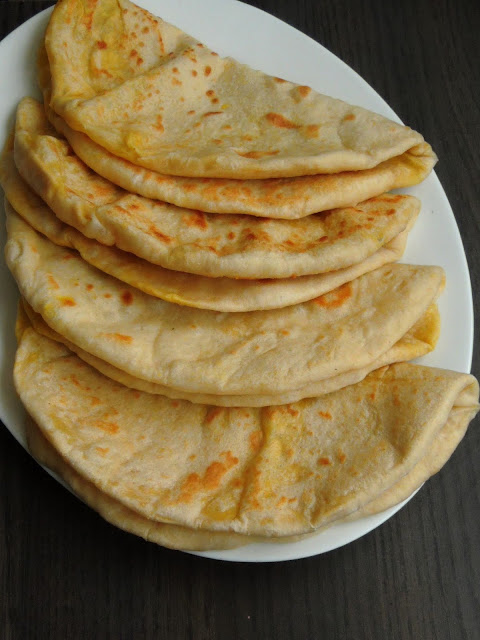 Sada roti is comparable to naan without the leavening and usually eaten at breakfast with a choka, which is roasted and ground vegetables or fish. And coming to Dhal puri is a roti stuffed with ground split peas. It’s large, round and flat, and it’s often wrapped around curry so it can be eaten like a sandwich. While dhal puri is cooked on a griddle, the puri in India is deep-fried and smaller than the Trinidadian flatbread. Dhal puri can be served either for breakfast or dinner with an accompaniment though this dish is well known as Trini’s street food. The portability of a dhal puri (with curry inside) makes it a popular grab-and-go street food and lunch option. Am running this month’s Mega Marathon with A-Z International flatbreads and here comes the popular Trini’s Dhal puri roti for the letter ‘D’. 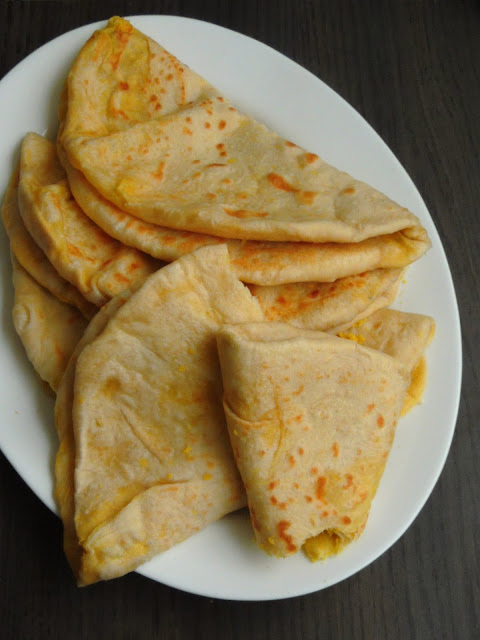 Add enough water and knead everything well. Knead again for few minutes until the dough turns soft and smooth.

Keep the kneaded dough aside for half an hour.

Cook the channadal with turmeric powder with enough water until they turns soft.

Drain the cooked dal and let it cool completely. Once cooled, take the cooked dal with garlic cloves and green chilly in a food processor and grind as fine powder. 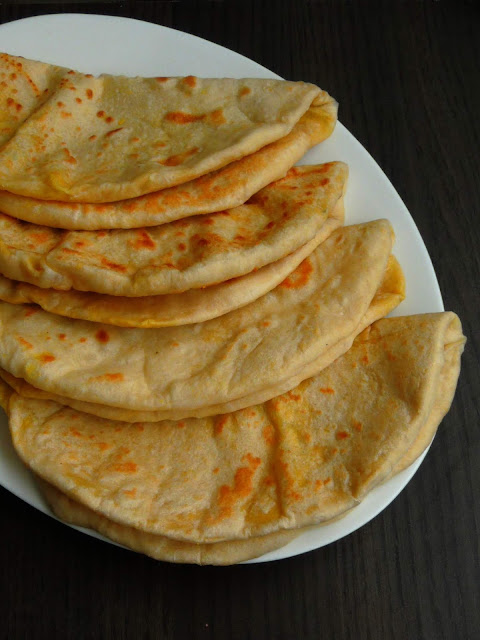 Add the roasted cumin powder, salt and mash the mix well with your hands. Keep aside.

Once the filling is ready, divide the dough as 6-7 balls. Turn them as medium sized discs with your hands.

Put enough filling inside and bring the edges to together to form a stuffed dough ball.

Now dust the dough ball and roll them as thinner as possible.

Meanwhile heat a tawa, grease it with oil, drop the rolled dhalpuri and cook on both side until they gets cooked.

Serve warm with a curry. 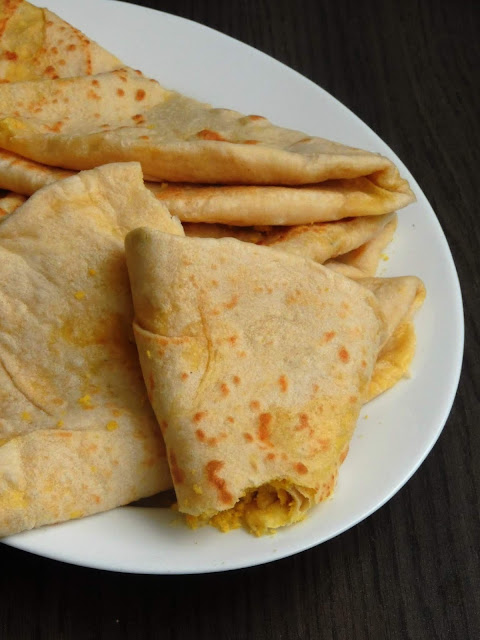