Edacademie
Sweden is a Scandinavian country with Stockholm as capital. Swedish Cuisine is quite an interesting cuisine of Europe.A typical Swedish breakfast consists of a hard cheese, cold-cut, sausage or marmalade sandwich. The beverage is coffee, hot chocolate or tea and milk or juice. Some prefer porridge, others various breakfast cereals with yoghurt or filmjölk, processed sour milk.There are many different kinds of bread, from different rye breads and crispbreads to French rolls and toast. Swdeish lunch is a fairly simple meal, since most people only have a break of one hour from work.If you visit a Swede at home, you will almost always be given coffee. Next to the Finns, the Swedes are the biggest consumers of coffee in the world.Viennese pastry, cinnamon buns or cookies may be served with the coffee.  The most popular piece of pastry is the green marzipan cake called princesstårta. Since am running a month of blogging marathon with A-Z International flatbreads i was looking for a flatbread’s name starts with ‘H’. While googling i crossed this Honokaka which is a flatbread from Swedish island called Hono. 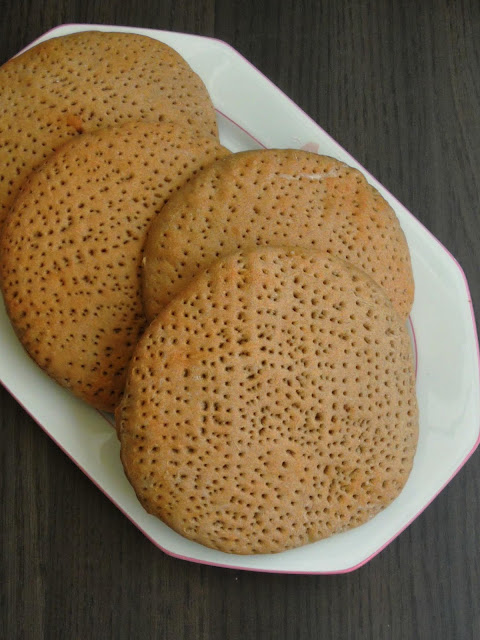 Hono is a small island in the West coast of Sweden, this island calls for a short ferry ride from Gothenburg. And this Hono is getting popular coz for its tourism. Not as much as like small islands, this island is highly populated when compared to the other Swedish islands. And this island is quite popular for their flatbreads as well. Honokaka is quite an interesting flatbread which calls for hjorthornssalt which is made from deer antiers, but ammonium carbonate is used nowdays. However even ammonium carbonate can be replaces very well with baking powder. And Swedes use ljus syrup in this flatbread which is also replaced very well with golden syrup or corn syrup. Honokaka tastes fabulous when enjoyed warm with honey and butter. You can freeze these Swedish flatbread very well. Usually rye flour is used less in this bread since i want mine more healthy i used equal amount of both rye flour and bread flour. A knobbly rolling pin is used to give a beautiful pattern to this bread however i used fork to replicate the same pattern to this flatbread. 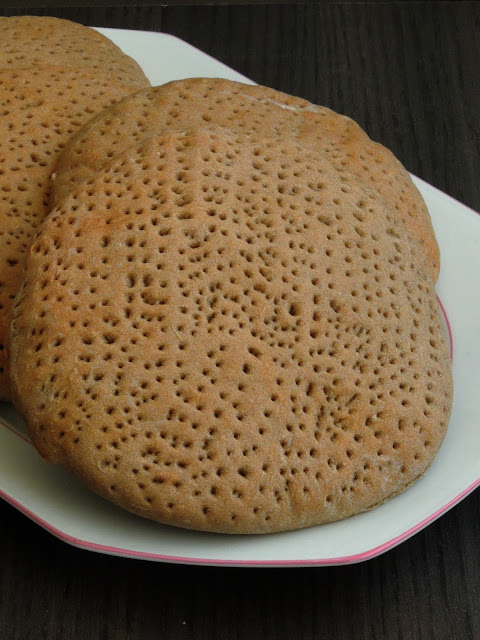 Heat the milk, butter in a saucepan until the butter melts, allow it to cool a bit until it turns luke warm.

Take the flours, baking powder in a bowl, add the yeast, salt and mix well.

Add the lukewarm milk, golden syrup and mix the dough.Knead well until the dough turns smooth and elastic, if the dough is stickly, add some flour and turn the dough as smooth dough.

Transfer the dough to a greased bowl and keep aside for two hours or until they double the volume.

Punch the dough and drop it on a floured surface, divide the dough as 6-7 balls, flatten it and leaves aside for half an hour. 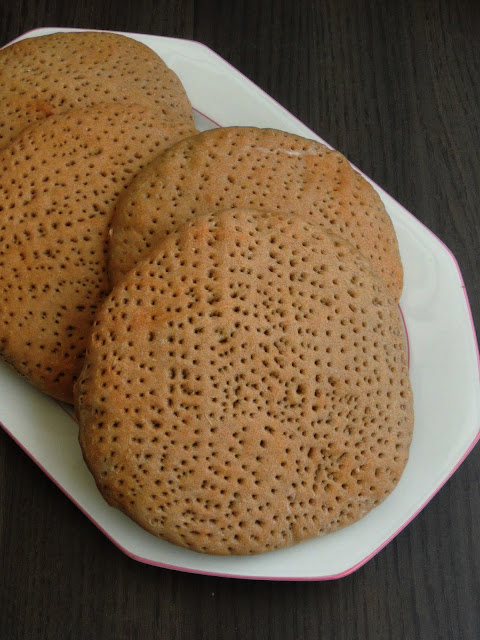 Preheat the oven to 350F, line a baking sheet on a baking tray. arrange the tray in the oven

Take a flatbread and roll it bit thin, prick the flatbread with a fork to bring the pattern as these breads are usually rolled with a knobbly rolling pin.

Immediately drop this bread to the preheated baking tray. And bake for 8-10minutes until the top of the bread turns golden brown.

Let it cool and cover with a cloth.

Continue the same process with the remaining dough, once the bread gets cool cut as wedges and enjoy with your favourite spreads.

These flatbreads can be freezed very much well. 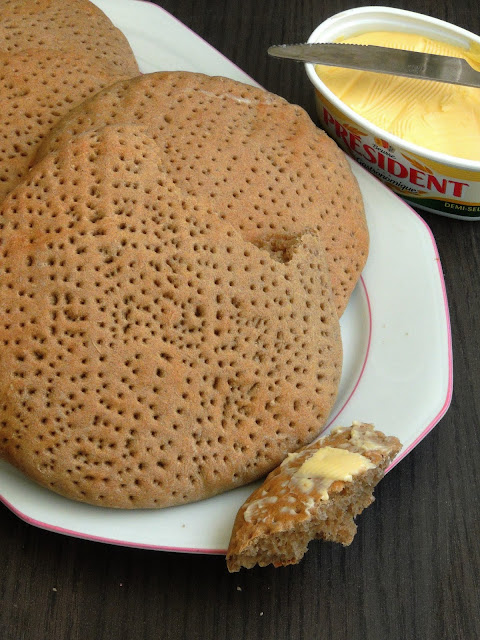