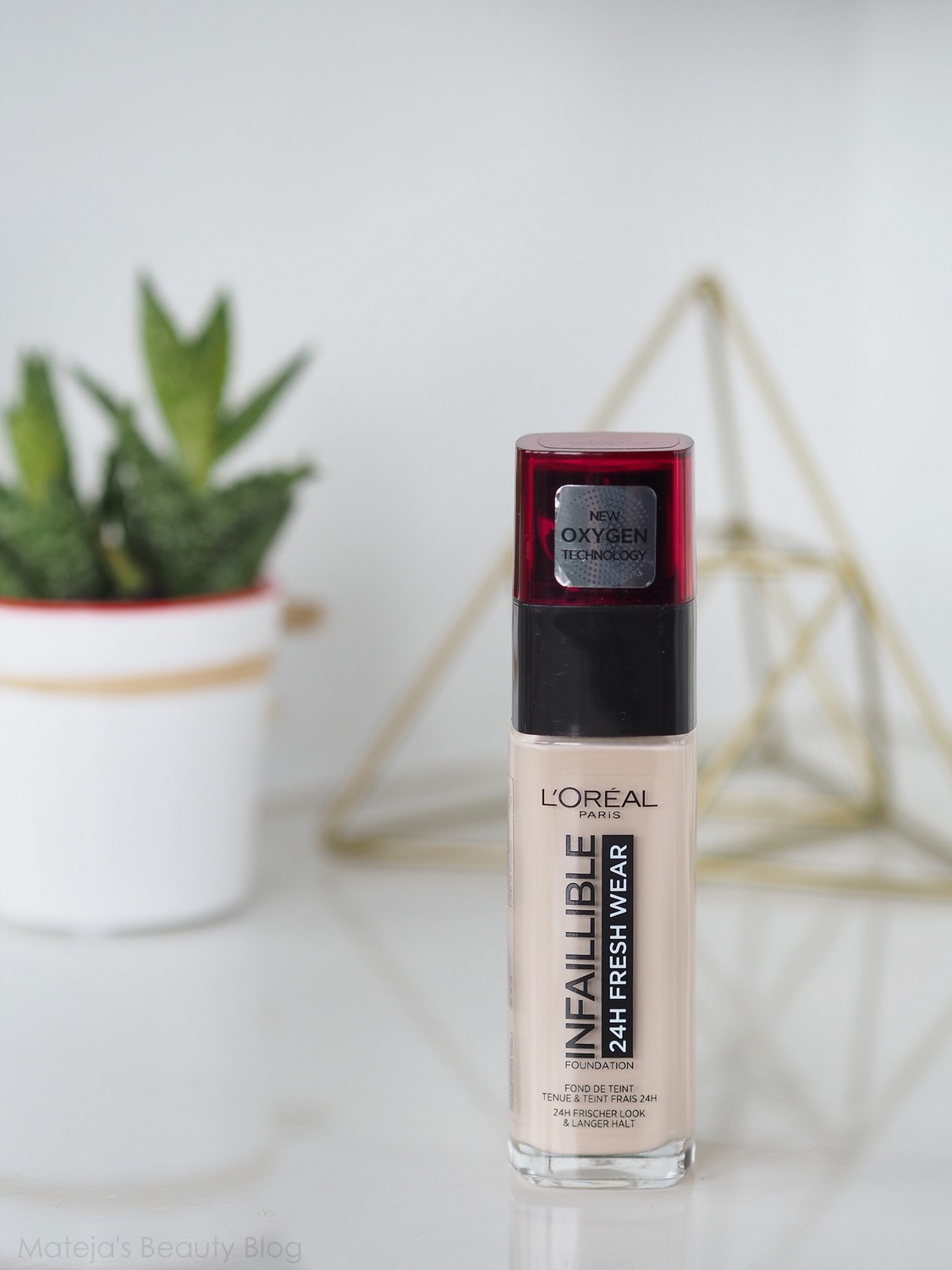 I had the Matte version of Infallible that came in a tube and it was the best foundation for oily skin I’ve tried with an impressive blurring effect (hid pores like nothing I’ve ever tried), but it became too dry for my skin type. Currently it’s the powder from this line that has all the glory, but there are some positive reviews about this too that I’ve seen in the last year. Now that I’ve tried it, I came to a conclusion that it’s a nice foundation, it’s just really not for best suited for my skin type. 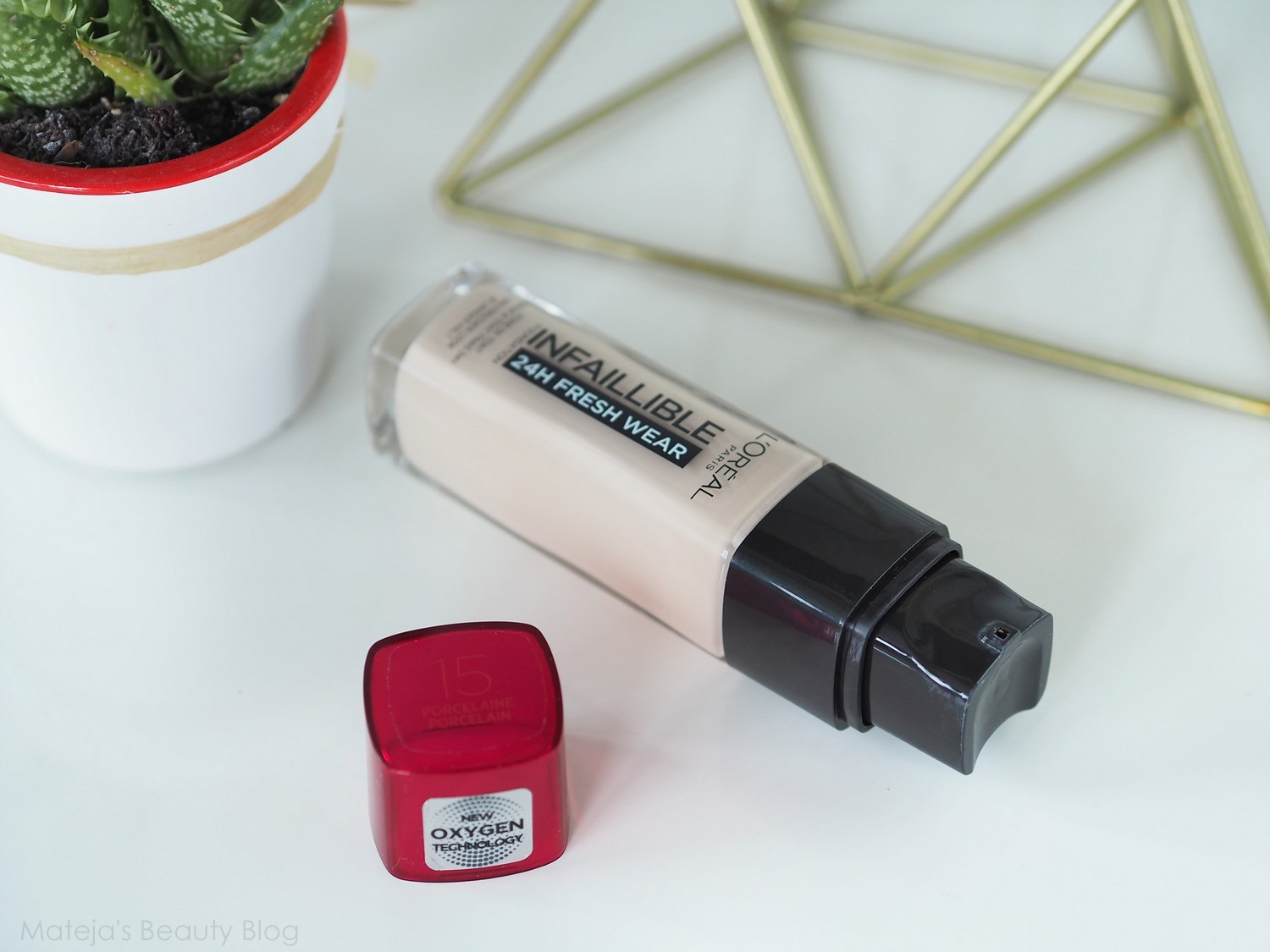 Texture: this is a very light, liquid formula that is similar to Catrice’s HD Liquid Coverage foundation, though it’s not as watery and is a touch creamier at application. It’s easy to apply and blend, which now that I’ve been using it for a while, I find surprising, because I know how matte it is when it sets, but with this one you have time to blend it in and though it’s thin, it doesn’t dry too fast. It blends seamlessly at the edges and is not an obvious foundation at first. 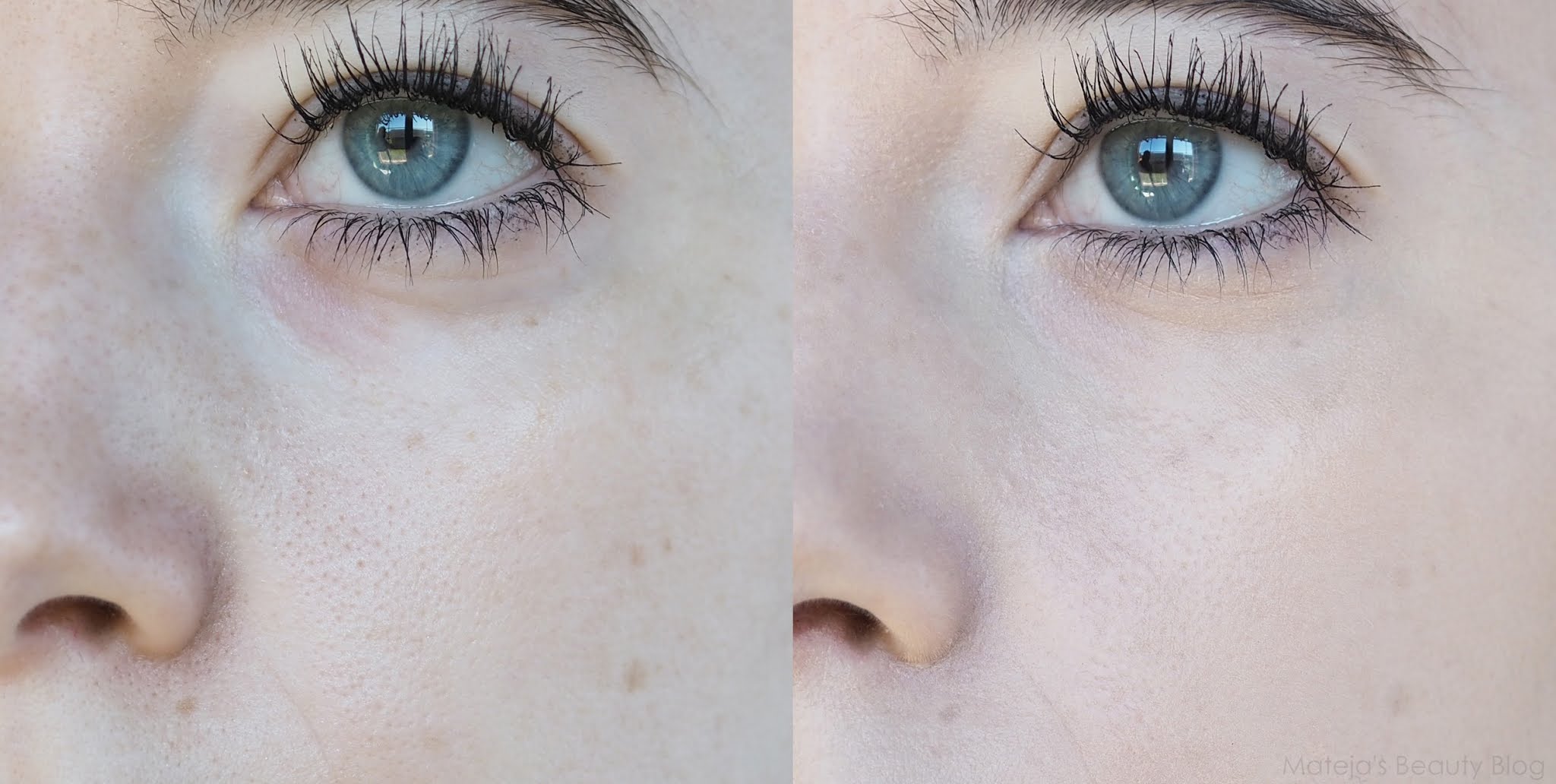 Coverage and finish: It’s a matte medium-full coverage foundation. Right after application pores look somewhat blurred, but it’s not comparable to the Matte version or even Maybelline Fit Me Mattte + Poreless. For a while it has a natural, slightly glowy finish on the skin, but it sets in the next minutes to a matte one. At that point it becomes more obvious on my dry skin, emphasizing texture, though not dry patches. Pores then look more obvious, as do the lines, so I find this an aging formula on me, but I strongly suspect it behaves very differently on oily-combination skin.

Staying power: This lasts well, it’s just how it wears that I’m not a fan off. My skin stays matte all day with this one, though my skin is not very oily, as only my forehead sometimes get shiny, but with this it’s bone dry and matte without a hint of powder needed. It makes me look dehydrated later in the day, especially when it gets into my lines, thereby emphasizing them even though without a foundation they are barely visible, so I need to be careful and check during the day to blend it out again on that area. It fades evenly. 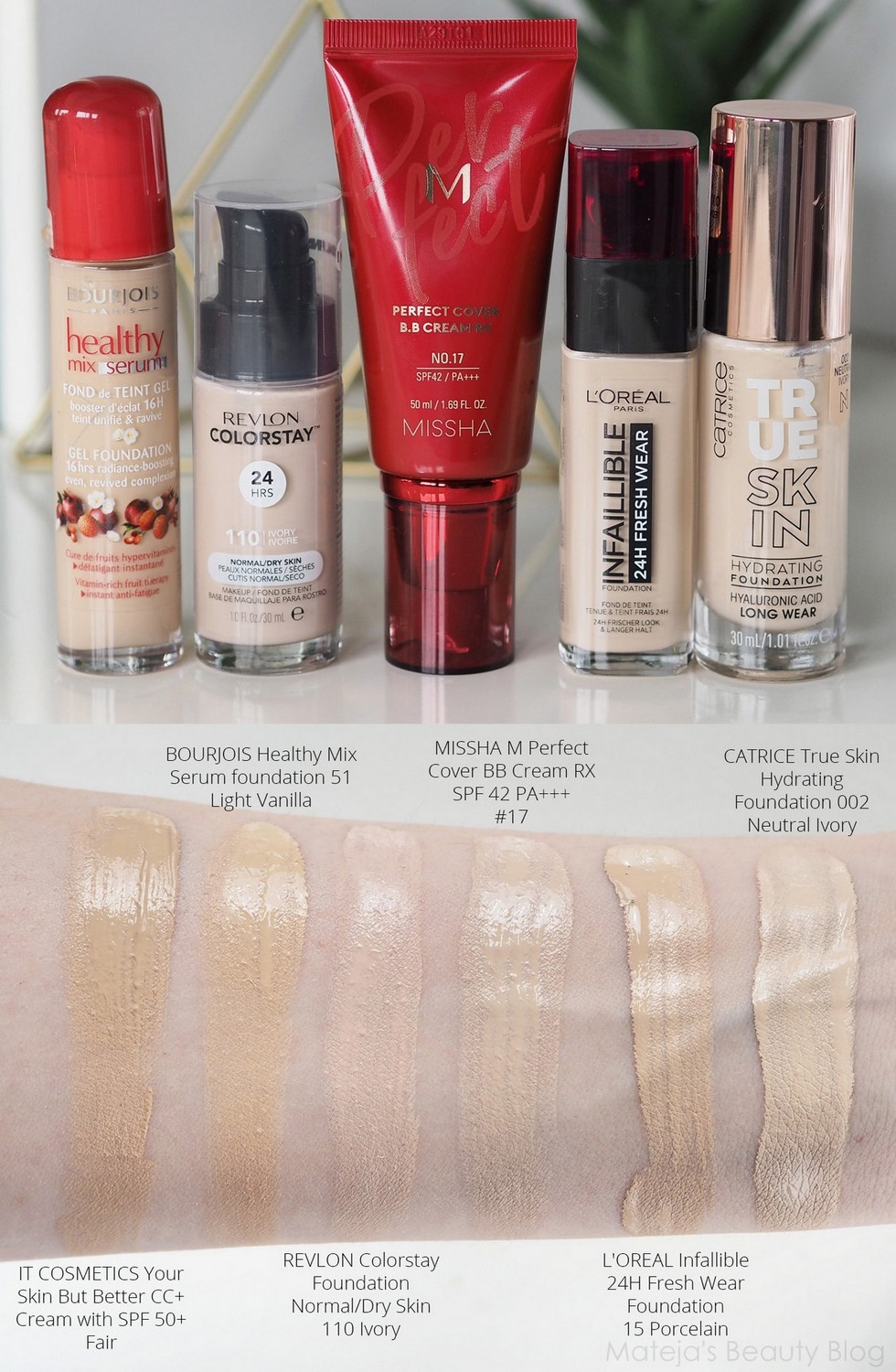 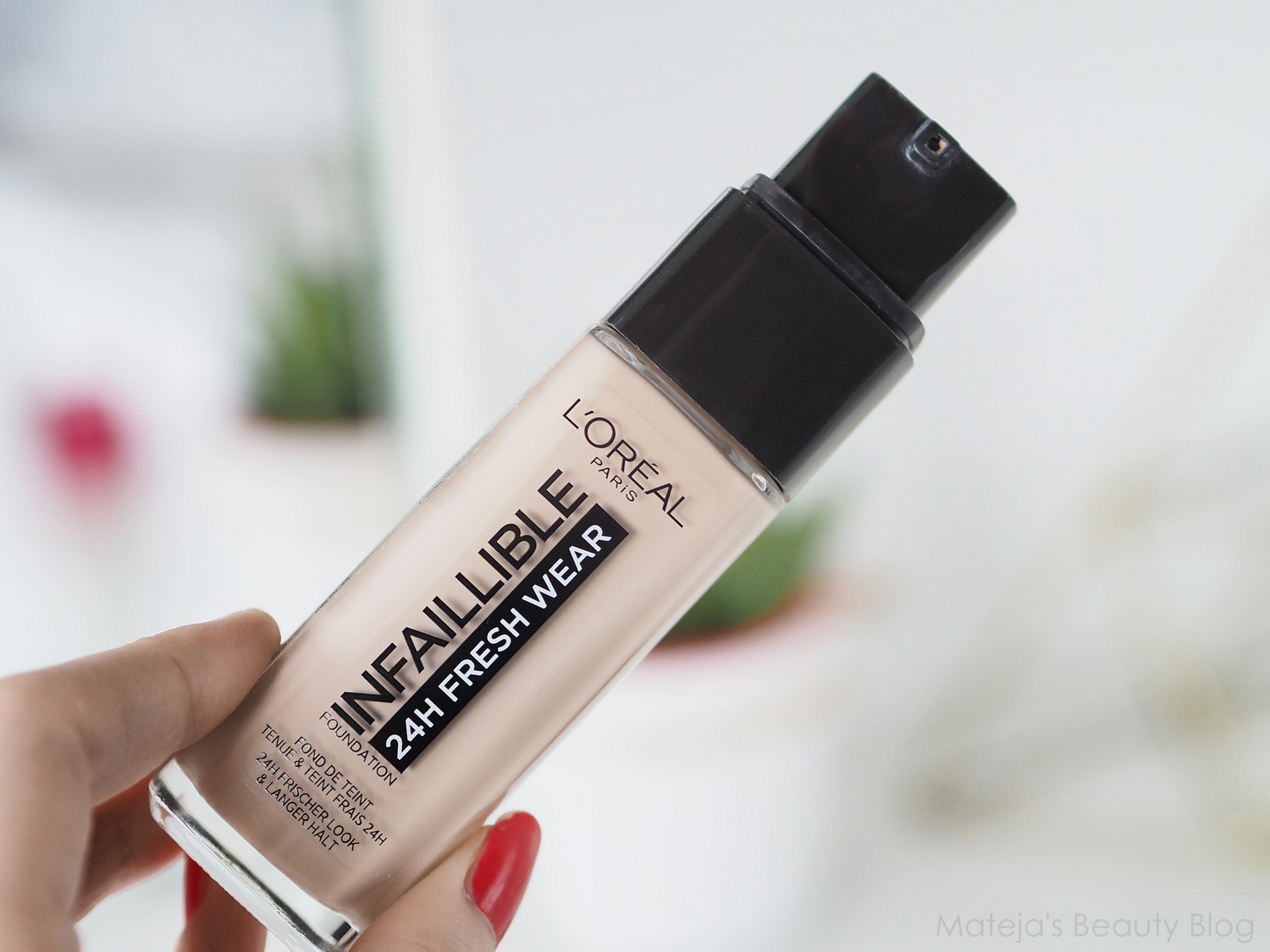 Shade: I got the lightest shade on Notino, one that isn’t available in our drugstores (I believe they lightest we have is Rose Ivory), but several lighter exist in the USA. It’s a shade too dark for me and like L’Oreal foundations often are, it leans to orange. It’s not a horrible match, but at times it can look off.

Packaging: A glass bottle with a pump that dispenses as much as you want.

This isn’t the best foundation for me. Maybe it will be in the summer, though my skin doesn’t get greasy, but it could possibly come handy over heavier sunscreens, since it has such a lasting matte finish. I don’t find it quite as nice for oily skin as Matte version that I had and that’s purely because that one was so nicely blurring, but this one feels less dry.

Have a great day!

Next post May Favourites and Updates – Mateja’s Beauty Blog

A new foundation by Revlon, or at least new here. I think I got all the shades we have in...

EVELINE COSMETICS SOS Lash Booster Multi-Purpose Eyelash Serum 5 in 1Eveline is a new brand in my local DM and...

BOURJOIS Rouge Edition Velvet07 Nude-istA repurchase. This is one of my favourite ever shades for so many years and old...

ROHTO MENTHOLATUM HADA LABO Super Hyaluronic Acid Cleansing Oil I got the refill, you can see the bottle and read the...