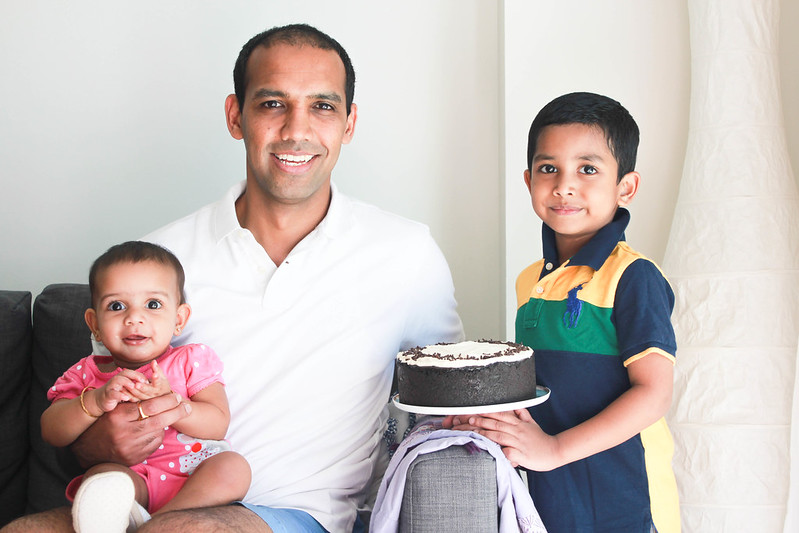 So I turned a year older yesterday.If you have been following this blog for a while, you will know that Jobin bakes my birthday cake every single year. I just have to choose a cake and give him a recipe and that’s it! The cake that I’ve been dreaming of as my birthday cake will magically appear on the table every May 31 since 2010. Ian was THE most excited person while baking it. He has been chanting the name Mississippi Mud Pie Cake for almost 2 months now. 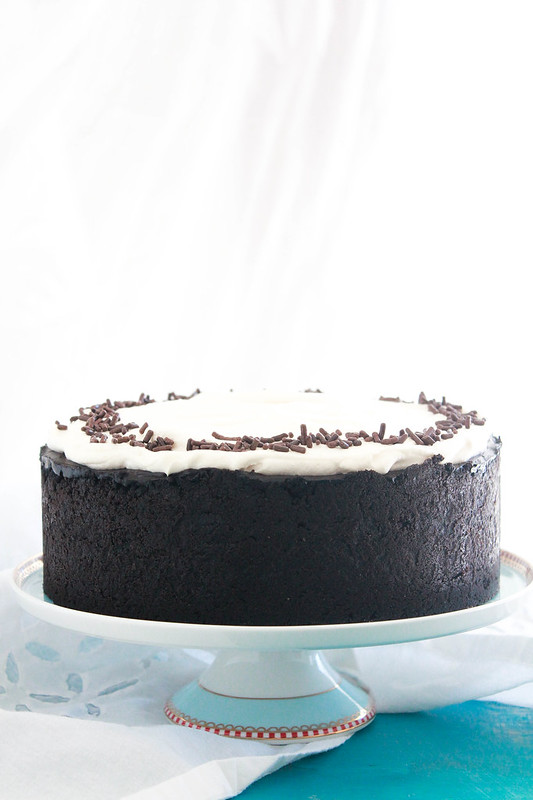 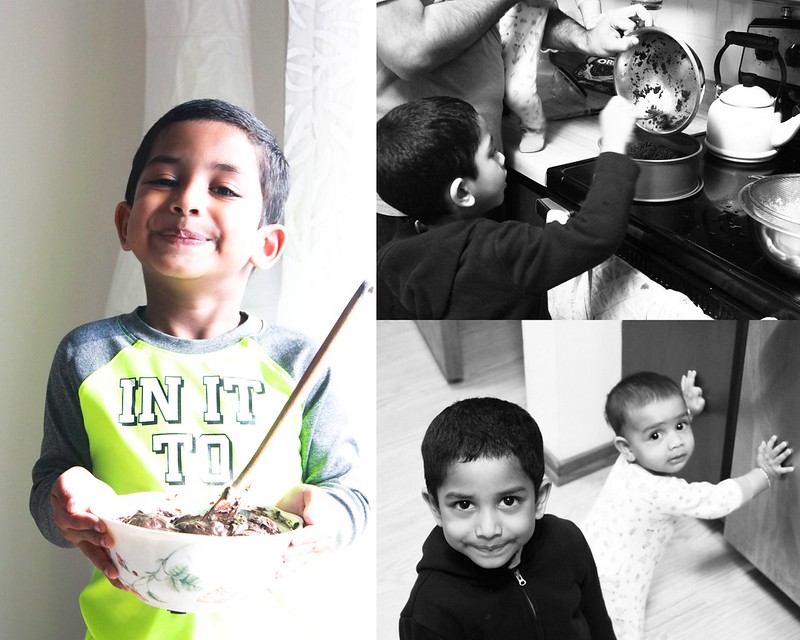 While we were in Kannur, Ian and I were going through Amma’s cake decorating books and had a ball of a time deciding what cakes we should bake for everyone’s birthdays. He wanted to know what I wanted and I told him that I wanted them to bake me a Mississippi Mud Pie Cake. From then on, that was the only thing he could associate with his Amma’s birthday. Of course that was followed by many handmade cards and hugs whenever Jobin would mention that Amma’s birthday is fast approaching! Children are the best ! 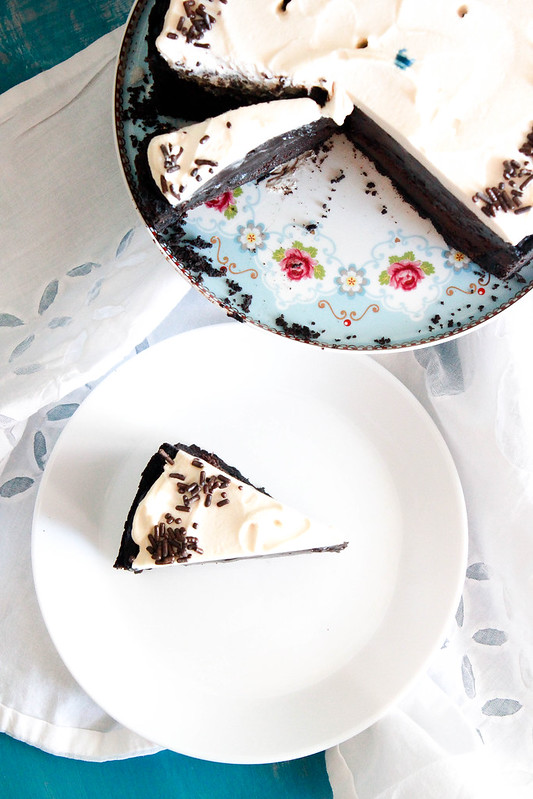 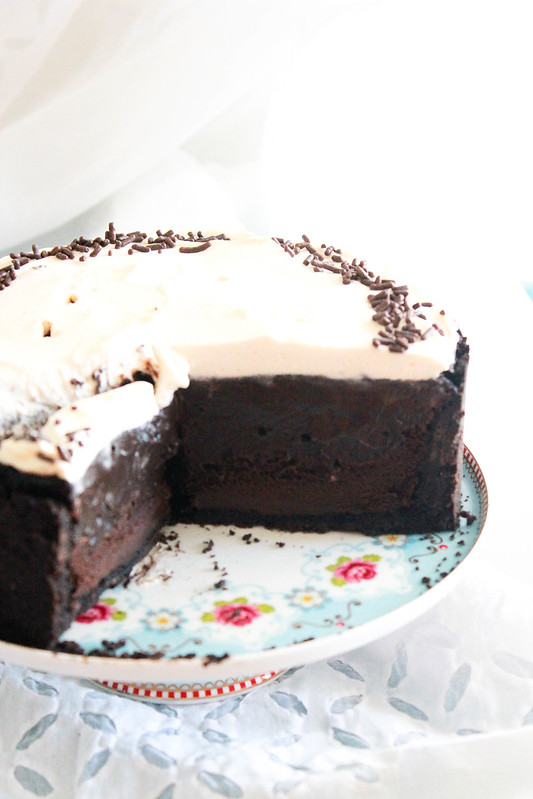 That cake you see above was phenomenal! It had four layers.The first /outside layer is an Oreo crust which was filled with a flourless chocolate cake topped with a delectable chocolate pudding followed by a layer of lightly sweetened whipped cream. So you can imagine how rich a small slice would have been. Creamy, crunchy, slightly sweet and so chocolate-y! It was just delicious! 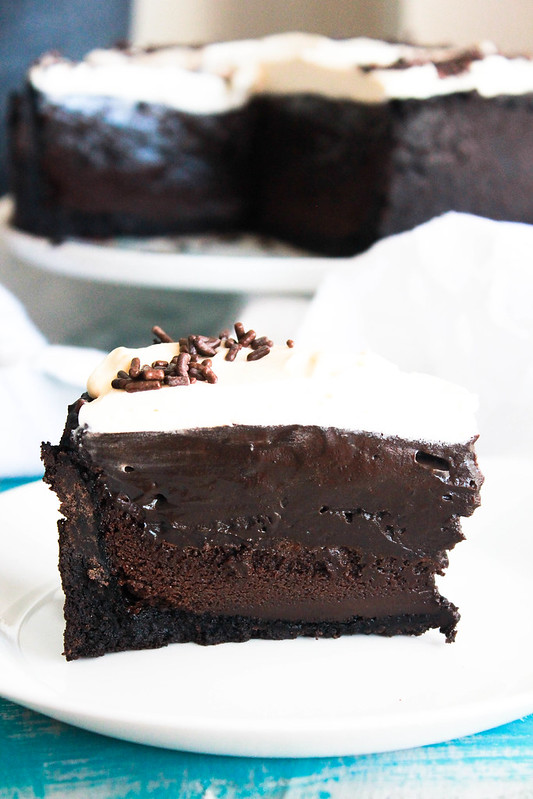 This recipe comes from the famed Baked guys from Brooklyn, NY. I went ahead with the slightly modified version by Jacklyn from Cooking Classy. If you have not seen her blog yet, you should! It’s brilliant! If you would like to see the original recipe, please take a look here. You can even see a video of how it is made.It is a multi step process to make this cake but that shouldn’t intimidate you. Read through the recipe calmly and you will figure out how easy it is!

Method:
Crust : Grease the sides and bottom of a 9inch springform pan and set aside. Powder the cookies,cream and all, to a fine powder. Add the melted butter to it and mix well using a fork. Press it into the base and sides of the prepared tin. The crust on the sides should come within 1/2 inch of the top of the pan. Now preheat your oven to 300 F and put the prepared crust into the freezer for 10 minutes.Once the oven is preheated, remove the frozen crust from the freezer and bake it for 10 minutes. Once baked, remove from the oven and set it aside to cool.

Flourless Cake : Increase the oven temperature to 350F. Melt the chocolate and butter using a microwave. In a small bowl, mix together water,cocoa powder, salt and vanilla. In a large bowl using an electric mixer, beat the egg yolks and brown sugar on medium high speed for 5 minutes until pale and fluffy,double in volume. Add the melted chocolate and mix until just combined,scrape the bowl and mix on low speed for 5 seconds longer.Scrape down the sides and add the water mixture.Beat until just combined. In a separate bowl, whip the egg whites until foamy. Gradually add the 1/2 cup sugar and beat until soft peaks form. Gently fold the whites into the egg yolk mixture,1 cup at a time and transfer the cake batter into the cooled crust and bake for 38-40 minutes or until the sides have set and the centre is still a bit jiggly. Take it out and let it cool completely. Cover the tin tightly with a plastic wrap and let it chill in the fridge overnight.

Pudding: In a medium saucepan, mix together sugar, cocoa, cornstarch, salt and egg yolks. Drizzle the milk in and whisk to mix. Cook over medium heat until thick and glossy. Take it off the heat and add in the butter, chocolate and vanilla.Transfer the pudding to another container let it cool down for 15 minutes.Then press a plastic wrap over it and let it chill in the fridge overnight.

Assembly : Take the chilled pudding out of the fridge and give it a quick whisk. Pour it over the chilled cake – cookie layer. Top it with whipped cream. Garnish as desired. Slice the cake (use a hot knife for a clean cut) and enjoy! 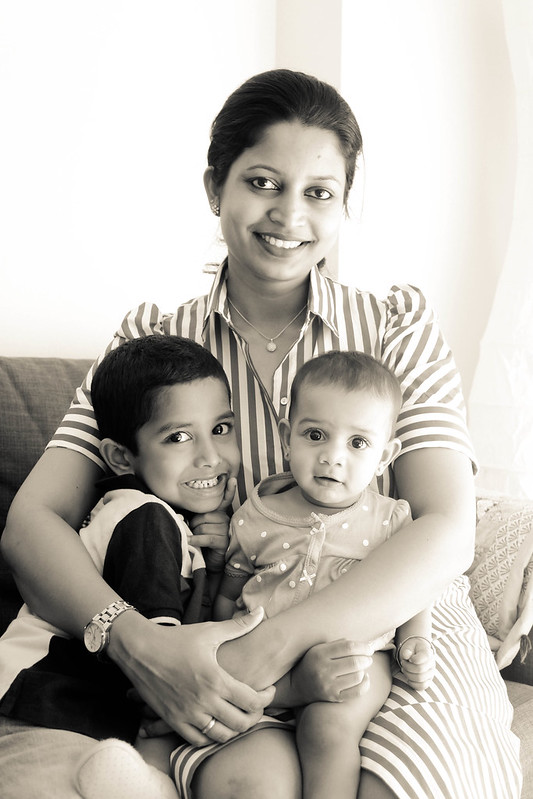 I think that’s the longest recipe I’ve typed so far! This cake is not for the calorie conscious,it is rich in every sense of the word. I think this is by far the most chocolate-y thing I’ve eaten. One slice was enough for me. If I were to eat another one,I would have fallen asleep right where I was sitting! 🙂
Once I figure out where our tripod is, my family of 4 can fit into one frame. Until then, it will only be the birthday girl /boy with the other two 🙂