Edacademie
Happy New Year Wishes to You All

Am kick starting this year with a sweet note, and this healthy and delicious pudding is from Armenia which is also known as Armenian Christmas Pudding aka Anoush Abour/Anooshaboor. Anoushabour means Sweet soup in Armenian. This dish is a must in every new year’s and christmas tables in Armenia for many centuries. This Armenian pudding is a delightful pudding which calls for pearled wheat berries or pearled barley. However if you dont get pearled wheat berries you can replace them very well with white wheat berries and pearled barley. Traditionally a couple of dry fruits like apricots,raisins and almonds are usually used for making this pudding more fruity and nutty. And not to forget that this pudding is flavored with cinnamon powder and sweetened with honey. 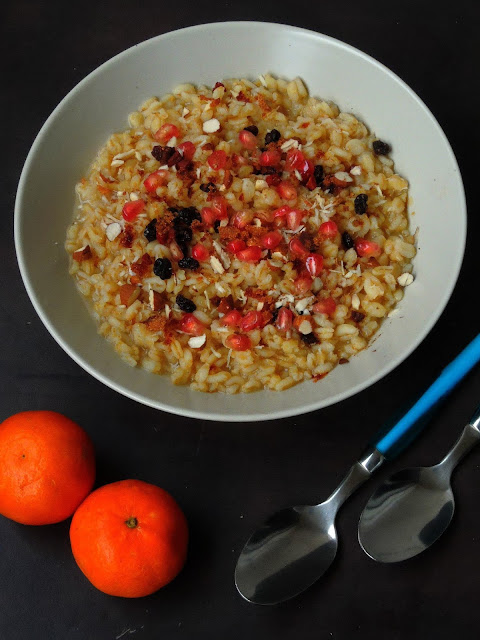 Though the cooking process might be bit lengthy, this pudding one of the delicious pudding with loads of flavor.Am kick starting this year’s first week’s blogging marathon with cook for any festival as theme. And January is a month of festivals as well, Armenians celebrates Christmas on January 6th and Epiphany is celebrated on January 6th well and not to forget that Indian festivals like Pongal/Lohri and Sankranthi falls on January. Obviously i have picked three festivals for this theme. For the first day of this week’s theme, i couldnt stop myself posting this Traditional Armenian Christmas Pudding which is a must for Armenian peoples to celebrate the Christmas. 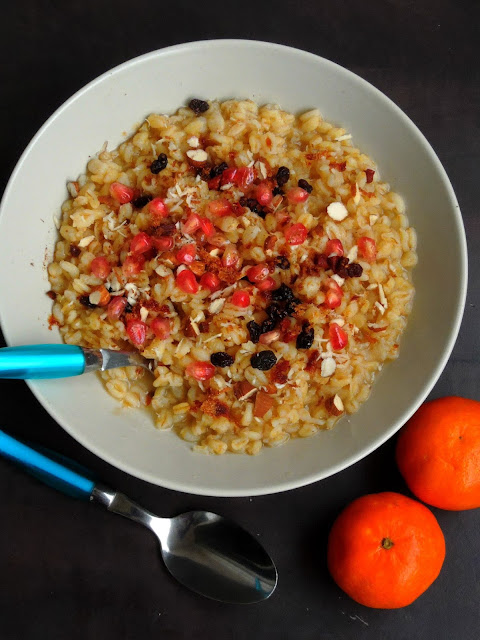 Soak the white wheat berries with enough water and keep aside. 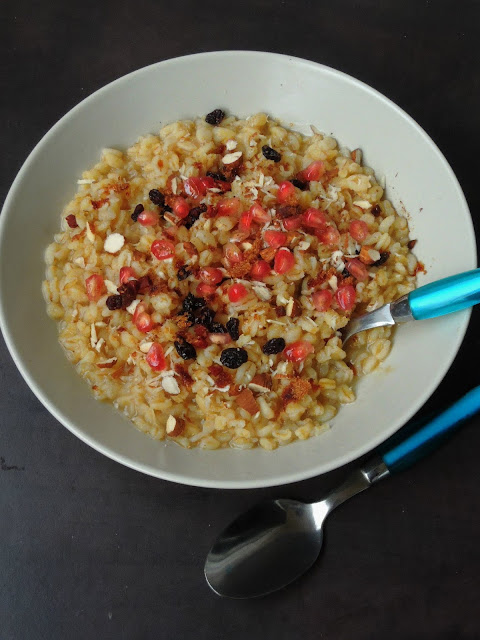 Now add the honey, rose water and cook until the water gets well absorbed .

Add half of the dry fruits to the cooked wheat berries. Give a mix. 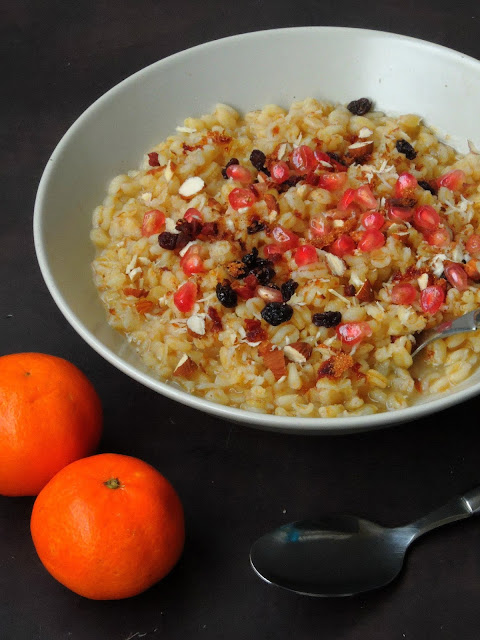