Edacademie
Norway is one of the most known Scandinavian country. With Oslo as its capital, Norwegian cuisine is a traditional form of their own cuisine cooked with the ingredients really available in Norway. However this cuisine is influenced by some globalization hence pastas, pizzas, tacos are easily available in Norwegian cuisine. Bread is a staple food of Norwegian cuisine. Hence varieties of breads are available. One of the most known Norwegian bread is Lefse, this is a soft flatbread made out of potato,milk or cream and flour. Lefse is a traditional Norwegian flatbread which is quite soft and bit tricky to handle. Usually prepared with mashed potatoes, this flatbread is worked with little flour and roll out flat as much as you can. Once cooked on stovetop, this bread can be enjoyed with different sorts of spreads. From butter to jam, peanut butter to nutella, you can also eat them with savoury fillings as well. Just make some wraps with this Lefse stuffed with meats and cheese, am sure these wraps will definitely fill your hungry tummies. When conserved properly, lefse stays prefect for a week in fridge. Once freezed, lefse can be conserved for almost three months. 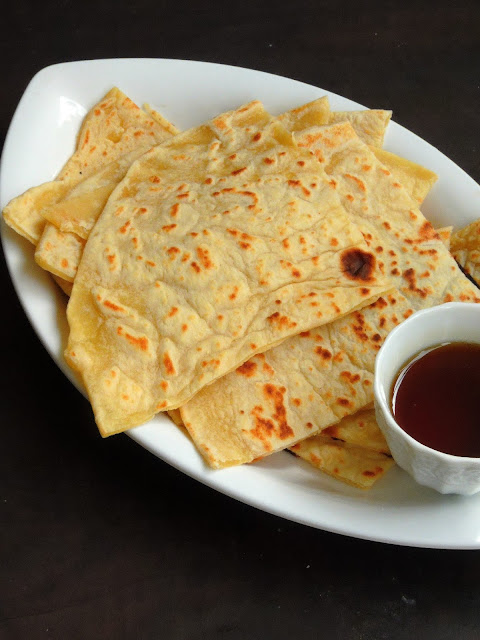 Lefse can be eaten cold however you can also warm it through microwave cooking for few seconds. Some regional variations do exists in Norway, though this bread is flatbread, some versions are very interesting to know. Tynnlefse which is made in Central Norway is rolled very thin and stuffed with butter, sugar and cinnamon while Tjukklefse is a thicker version and its served as cake with coffee. Check Wikipedia to see the varieties of lefse exists in Norwegian cuisine.Do you know,  Scandinavian Americans eats lefse for Thanksgiving and Christmas. Family members often gather together to cook lefse as this flatbread needs some skills and patiences which is passed down from generations to generations. Nowadays Lefse can be found in grocery stores easily as most of the Norwegian families tends to purchase them easily rather than making it. If you are an expert in rolling our own Indian rotis, trust me you will definitely roll out some prefect Lefse with less efforts. Am running a month of blogging marathon with A-Z International flatbreads as theme for this whole month of September. And here comes Lefse from Norway for this month’s theme. 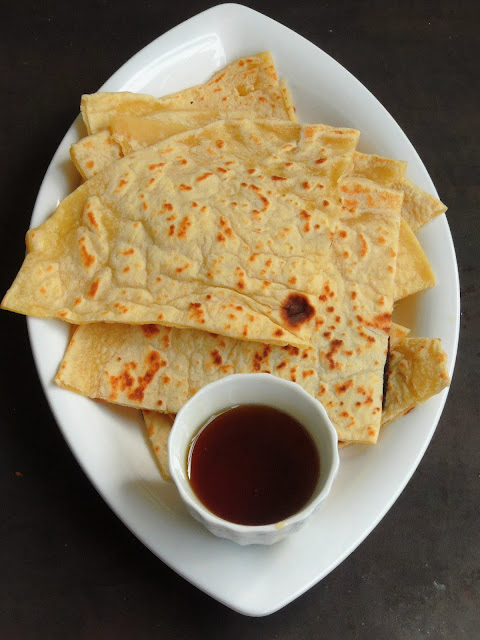 Peel and cook the potatoes with enough water until they turns soft. Now mash them well and keep aside.

In a large bowl, beat the butter, cream, salt and sugar until they turns smooth.

Add the mashed potatoes, flour and mix everything slowly well until the mixture turns as a smooth dough. 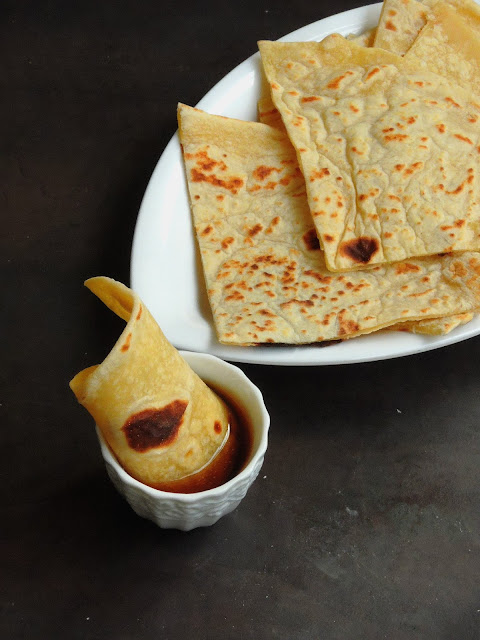 Make a medium sized balls from the dough.

Lightly flour the worked surface and roll the ball with rolling pin as thin as possible.

Heat a griddle, drop the rolled lefse and cook until the bubbles form, cook on both sides until lefse turns golden brown.

Place the lefse on a dam towel to cool slightly and cover them with a towl until they are ready to serve. 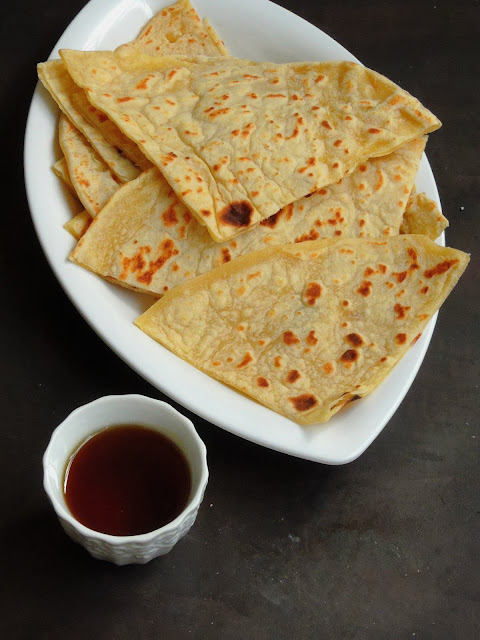