Edacademie
Algeria is a North African country on Mediterranean coast. With Algiers as capital, Algerian cuisine is a part of Maghreb cuisine. This cuisine is influenced by various cultures like Berber, Andalusican, Ottoman, Arabic and French. Algerian cuisine differs from region to region and most of the Algerian dishes consists of Bread, lamb,beef, poultry, olive oil, fresh vegetables and herbs. Algerian meal is incomplete without bread and their bread is always made with semolina. Matlou is a well known bread in Algeria which is also consider as a Tunisian bread. This bread is also called as Khubz al-tajin or Kesra Matlou or else as Matlou. This bread is an Algerian staple food which is cooked on a typical clay pan called ‘Tajine’. This bread calls for fine semolina and its a leavened flatbread which is consumed everyday in Algeria/Tunisia.And this bread is must during Ramadan to enjoy with varieties of foods cooked during the fasting.In Algeria, bread is highly respected and its considered as a sin to desecrate it. If someone find a piece of a bread in street, people who have find it bring it closer to their lips and forehead as a sort of reverence before putting them aside so that none would step on it. 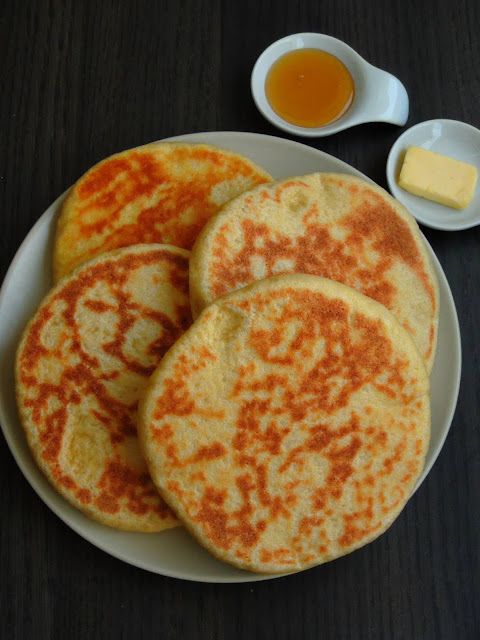 Matlou do exists in two types, one is yeast leavened and quite thick flatbreads while Kesra Rakshis is not leavened, thinner and contains lots of oil which makes its rich, heavy and delicious. Matlou aka Kesra Matlou is made completely either with a combination of fine semolina and wheat flour or else just with semolina flour. This bread can stuffed with different stuffings or else flavored with spices and herbs.The word Kesra refers to the round or circular shaped breads, hence this bread is called as Kesra Matlou. Since this bread is also cooked in Algerian neighbour countries like Tunisia and Morocco, their name differs as Batbout,Mkhamer or Matlou. Am running a month of blogging marathon with A-Z International Flatbreads from various countries. Since am supposed to post a flatbread with ‘M’ as the alphabetical letter of the day, here comes the well known and daily bread of Algerian locals aka Matlou. Matlou is definitely one of the easiest flatbread you can prepare easily at home with less efforts. Though you dont have the typical Algerian clay pot to cook this bread, a simple griddle works awesome to cook them prefectly through stove-top method. Give a try and enjoy this bread with any accompaniment though we enjoyed our Matlou with butter and honey. 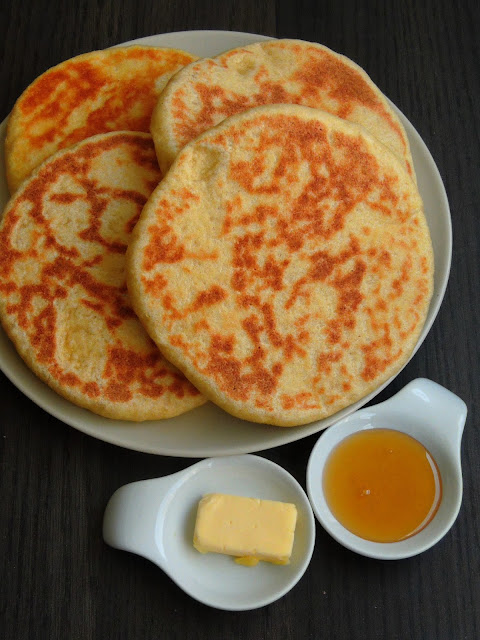 Take the semolina, instant yeast,sugar, salt in a large bowl.

Mix the olive oil, milk and water in an another bowl, give a mix.

Slowly add the wet ingredients to the dry ingredients and mix everything well, knead well until the dough turns soft.

Knead well again for few minutes and drop the dough in a greased bowl, wrap it and keep aside for two hours.

Once the dough gets double the volume, drop the dough on a floured surface, punch the dough and knead again. Divide the dough into 4-5balls. 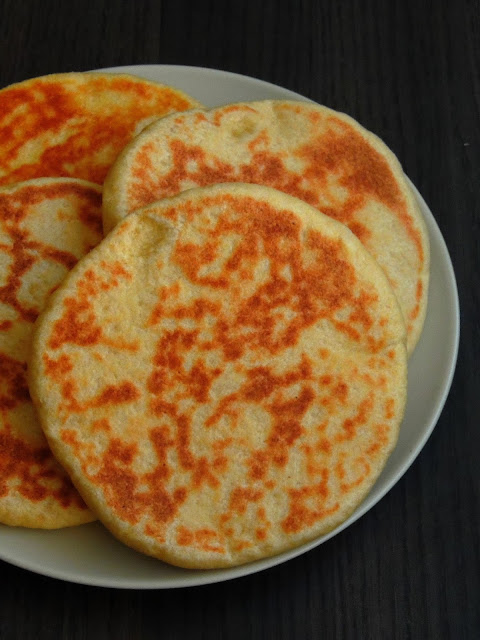 Roll the balls as round shaped medium sized disc and transfer it to a baking tray lined with a baking sheet.

Continue the same process with the remaining dough balls. Cover loosely the tray with a kitchen towel.

Let them sit for an hour. Heat a griddle and drop the rolled dough delicately.

Cook the flatbread in simmer until its turns golden brown, flip it and cook again.

Once the both sides gets well cooked, remove the pan and conserve them with a kitchen towel and let it cool completely.

Slice the bread and serve with your favourite accompaniments. 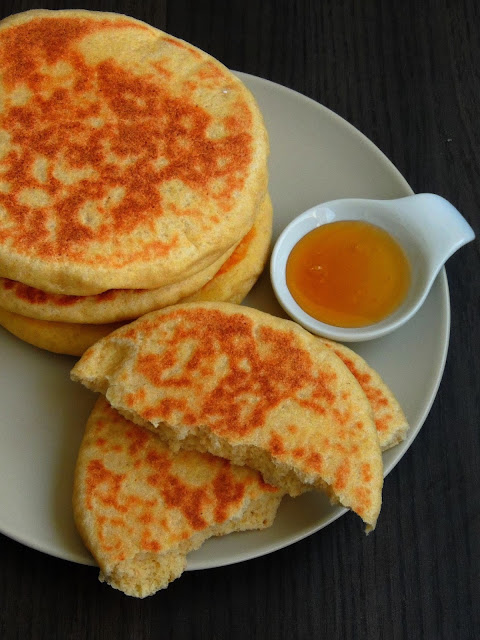