Edacademie
After some soft pancakes from Somali and a bowl of comforting soup from Sudan, my today’s post is from Spain. Yes my theme for this week’s blogging marathon is Pick a Alphabet,3 Countries as theme, and i picked ‘S’. Hence i grabbed a popular Antequera bread rolls aka Molletes for this theme.This Molletes are super soft and delicious bread rolls which is typically served for breakfast or for a afternoon tea. And this bread is originally from Antequera which is just 30kms from Spain. Mollete is also a typical food of Mexico as well, and its consumed as a open sandwich. However this Spanish Mollete is a piece of a soft crumb bread which is quite known as an Andalusian breakfast bread which is quite like a star product of this region after Olive oil. The typical way of having this bread is to serve with olive oil, salt, tomato and garlic. Usually they are eaten as split, drizzled with olive oil, salt. If you want to make more filling, dont forget to add some sliced tomatoes and chopped garlic cloves to tickle your tastebuds. 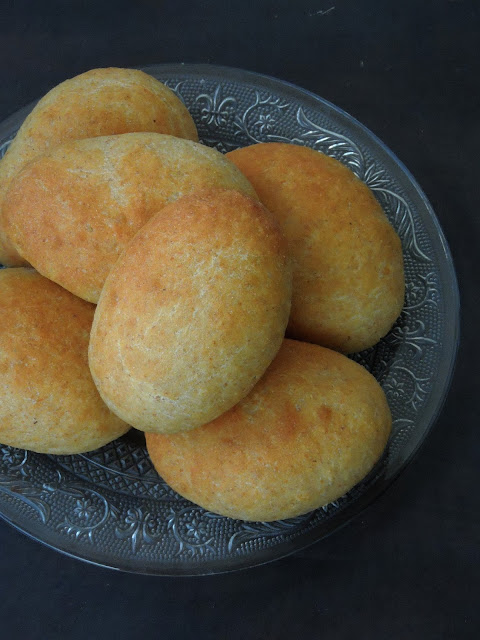 Antequera Mollete is quite a well known bread of Andalusian bread as much as like Cateto bread. Bread is a good accompaniment to serve along with different stews, soups, sauces or salads. Bread is the most important part of the Andalusian cuisine, and it will be present from breakfast to dinner.Do you know Molletes are baked even in the neighbouring village of Archidona is also quite famous for the production of the bread. However there are some differences between molletes from Antequera and Molletes from Archidona, yes their size, their shape and the amount of flour used to make this bread varies. Earlier this bread is valued much more than the traditional and regular breads in Spain. Now these Molletes are quite easily available everywhere and its bit easy to bake ourselves at home easily as well. Dont forget to bake these soft crumb bread rolls as this bread is super easy to bake at home. 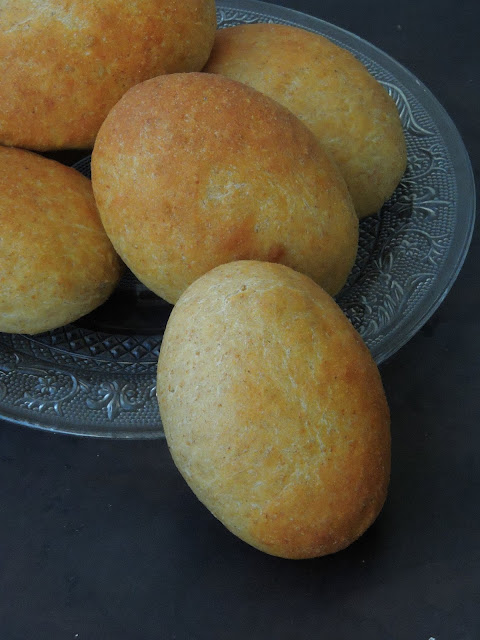 Add luke warm water and knead everything as a dough. Add the olive oil and knead again for a while until the dough turns soft and smooth.

Place the dough in a greased bowl and coat  well with oil. Keep aside and leave to rise until it doubles in size, in a warm place.

Take out dough and divide the dough 5-6 pieces. Form them into balls

Roll each of the balls into oval shaped bread rolls. 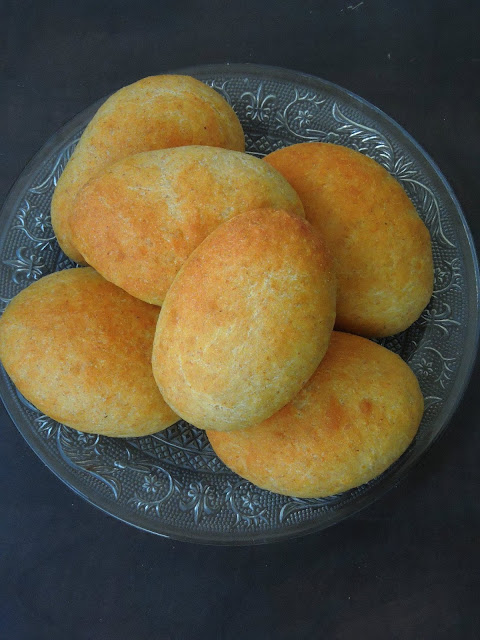 Preheat the oven to 350F, pour some boiling water in a baking tray and place it on the bottom surface of the oven.

This will create steam that helps the mollete to rise beautifully when baking.

Put in baking tray with mollete in the oven and bake for 25 minutes or until the mollete turns golden brown.

Transfer the mollette to a wire rack and let it cool completely.

Serve sliced with your favourite sauces, dips and spreads. 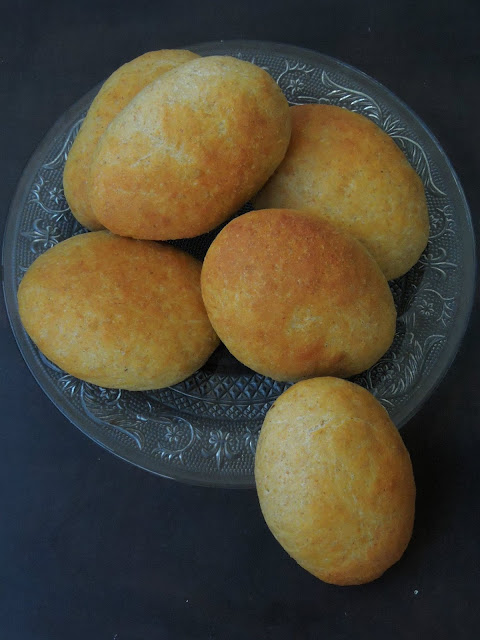