Edacademie
Afghanistan,officially known as the Islamic Republic of Afghanistan is located in South Asia with Pakistan, Iran, Turkmenistan, China,Uzbekistan and Tajikistan as border countries. Afghan cuisine is sufficiently based on the crops grown there in Afghanistan like wheat, maize, barley and rice served with native fruits, vegetables and daily products such as milk, yogurt and whey.Unlike the foods from its neighbours to the east,  spices are used in Afghan dishes, are neither too hot nor pungent.Afghan food is not bland. In fact, many western travelers find the foods of Afghanistan a perfect blend of exoticness and good taste.Cooking and food have a very important role in Afghan culture. Unexpected guests might be seen as rude in western culture, but not in Afghan culture. Coming away from an Afghan table hungry is simply never happens, no matter how little preparation time the host has.Food is well appreciated and even has special meaning, for example, stepping on a piece of dropped bread or naan is considered sinful.Afghans take great pride in their cooking and they are very happy to see everyone full and satisfied. 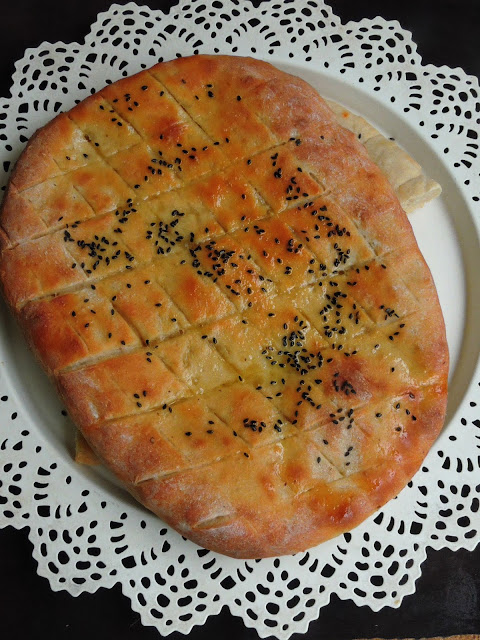 Meals are eaten with the right hand, using bread as a scoop. And bread is eaten just with everything. Bread in Afghan do exists as two types which is quite similar to those of Pakistan, India and Iran like a large round,lawash like flat bread and a naan-style bread marked with distinctive grooves, commonly sprinkled with sesame and nigella seeds, and cooked on the inside walls of a clay oven.And one among those naan style bread is this Nan-E-Roghani, which is also known as Oil bread. As this bread tends to have oil in the dough before baking.This bread sounds almost like Naan-e-Afghani, yes this bread is shaped long and round shaped flatbreads. They are just prefect, spongy and fluffy and they are traditionally cooked through wood fired oven but trust me they tastes absolutely prefect even if they are baked in usual oven at home.This fabulous bread is served with sweet tea for breakfast or else for snacks. Am running a month of blogging marathon with A-Z Internation flatbreads. And am kick starting our third week of mega marathon with a fabulous Afghan Bread for this mega marathon’s theme. 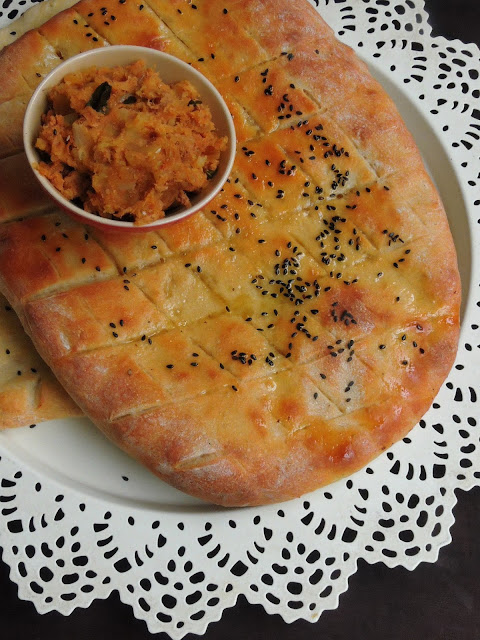 Take the flour, salt, instant yeast in a bowl. Mix the oil and luke warm water together and gradually add to the dry ingredients, mixing well together with the hands.

Knead until a round, soft dough is produced. Knead for a further 7 to 10 minutes until the dough is elastic and smooth.

Transfer the dough to a greased bowl,cover with a damp cloth and leave them aside for two hours.

Preheat the oven to 400F. Brush the baking tray lightly with oil.

Divide the dough into four and roll out into oval shapes. By wetting your hands with water and forming deep grooves down the center of each. 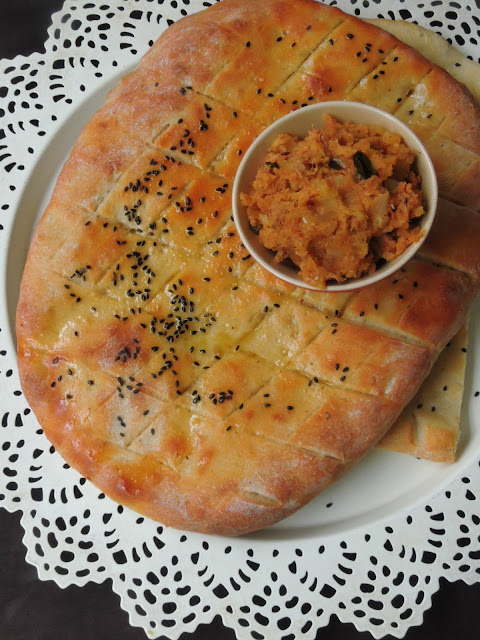 Brush with the milk and sprinkle with the sesame seeds.

Place a naan at a time on to the baking tray and put in the hot oven.

Bake for about 5 minutes, then reduce the heat to 350F and cook for a further 5 to 10 minutes

Turn the breads over and bake for a few more minutes until the underside is brown.

Once the breads comes out of the oven, sprinkle them with a little water before covering with a clean cloth.

This helps to keep the bread moist and soft until ready to eat. 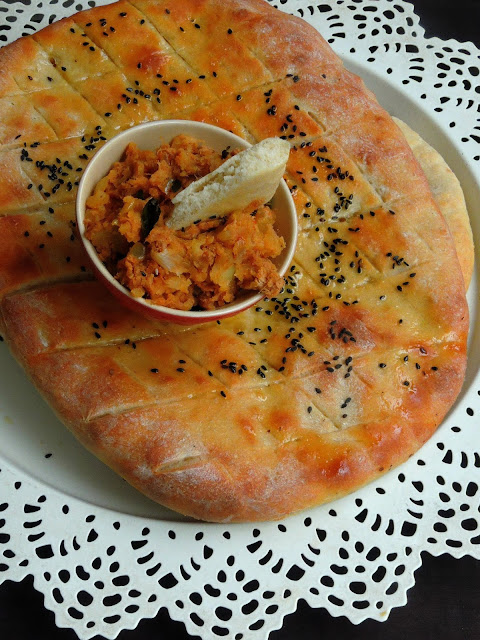