Edacademie
Uzbekistan is a Central Asian country which is bordered by five countries : Kazakhstan in north, Kyrgyzstan to northest, Tajikistan to southeast, Afghanistan to south and Turkmenistan to southwest. Uzbek cuisine shares many culinary traditions of Turkic peoples of Central Asia. Breads and noodles are the most favourite foods hence Uzbek cuisine has been considered as Noodle rich. Uzbekistan’s signature dish is Palov, a pilaf made with rice,meat and variety of vegetables. Uzbek bread are called as Non or Patyr which is baked in clay pots. Called as Lepyoshkia in Russia, the circular flat loaves are decorated with depression at the center and thicker rim all around. Most known non of Uzbek cuisine is Obi Non. Obi nons are baked in tandir oven and its a staple bread of Uzbek locals. However obi non is also quite popular in Afghan and Tajik cuisine as well. 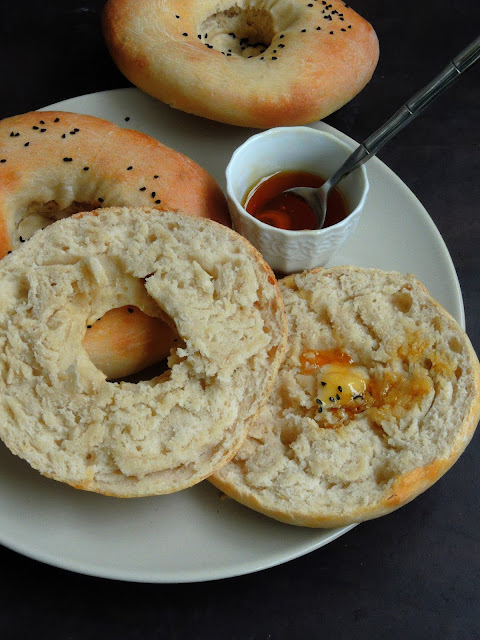 Tandir oven is a hand built. They take the form of a cylinder with  a narrow spout and two-centimeter thick walls made from mountain soil and camel or sheep hair. A finished tandir has to dry under the sun for a week. Sometimes big clay pitchers for wine, oil or grain are also used as tandirs. Tandirs are made in the yard under the awning and near the wall; the base of a tandir needs to touch the wall. Since obi non is a baked in Tandir, to bring the same effect, you can bake this Uzbek Obi non with pizza stone. However i opted for a usual baking method. Am running a month of blogging marathon with A-Z International flatbreads for this september. And my today’s post goes for the alphabetic letter ‘O’, hence i opted for the Uzbekistan staple bread aka Obi Non. These flatbreads are just prefect to have with any sort of spreads or simply with some salted butter. We had with butter and honey for your breakfast and loved it. 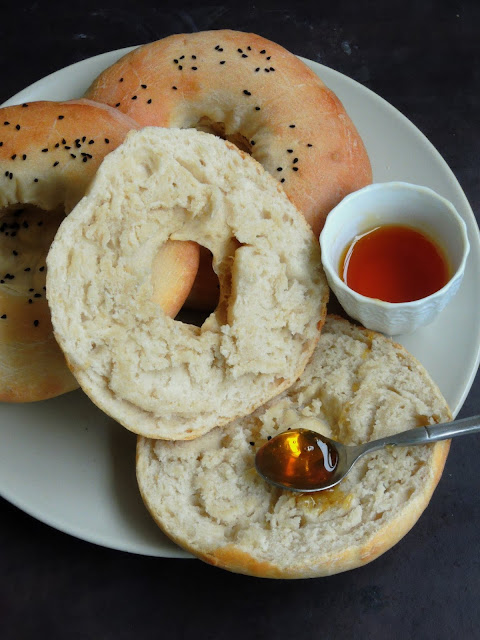 Cover the dough and let it rest for 2 hours in warm place.

Divide the dough as 6 balls. Flatten each dough and transfer them to a baking sheet lined on a baking tray. 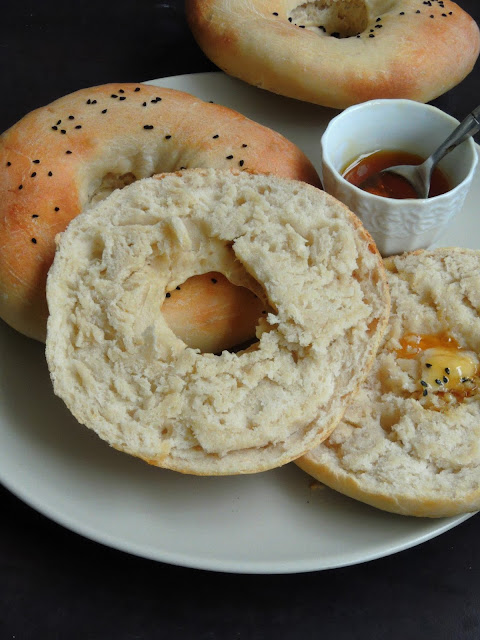 Stamp in the middle with “chakich”(the traditional utensils that makes beautiful stamp on the bread)or a fork.

Sprinkle the sesame seeds. Let it stand covered for another half an hour.

Bake them in preheated oven until the bread turns golden brown.

Take from the oven and brush them with oil.

Serve immediately with some butter and honey. 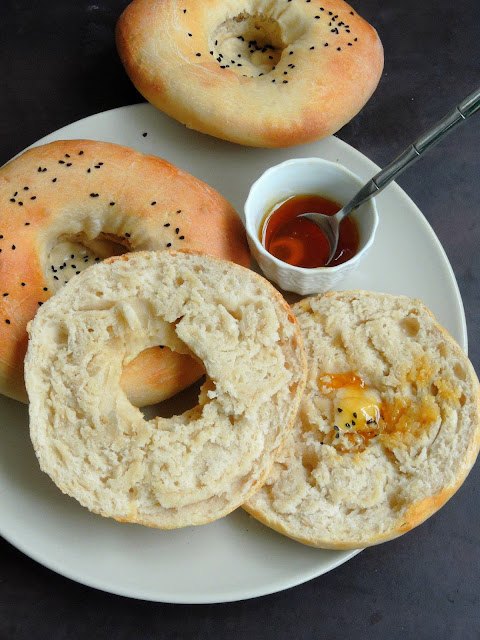