Edacademie
Greece, this European country is my recent favourite. Did i told you that we went to Greece for our summer vacation?. Trust me, its was a wonderful vacation and we had a fabulous time in Longos, a small village which is 2h30 minutes from Athens, the Greek capital. Greece is well known for their olives and you cant finish a meal without having olives. You can see olive trees everywhere, next to olives you can see oranges and lemons trees everywhere in Greece. You wont fail to cross an olive tree or an orange tree while going through the Greek streets. Greek cuisine is a well known Mediterranean cuisine. This cuisine is strongly influenced  by Ottoman cuisine hence this cuisine shared foods like Baklava, Tzatziki, gyro, moussakka, dolmades with other neighbouring countries. Most of their desserts includes nuts, honey and filo pastry sheets.However Greek cuisine is well known for their flavors, herbs like oregano, mint, dill, bay laurel are used often with loaded of garlic. Obviously Greek cuisine is more flavorful than the other Mediterranean cuisine. I have totally fell in love with this country and we are even looking for an opportunity to visit again as Greece is just 2h45 minutes from Paris by air. 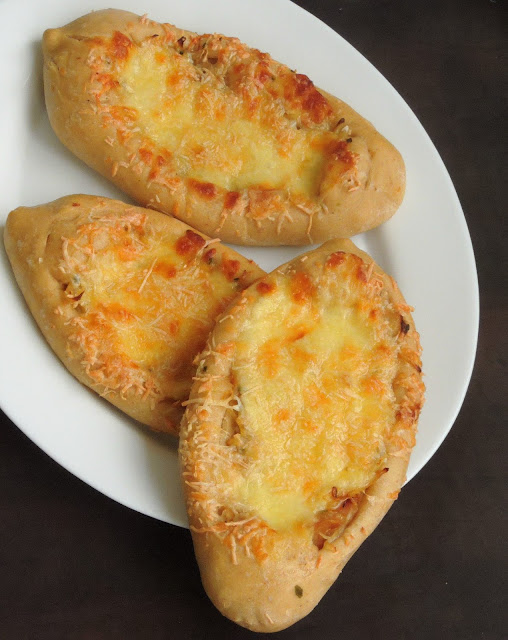 Boat-shaped Greek pizza or Peinirli / Peynirli is a traditional dish that was brought by the Greeks who lived by the Black Sea almost 100 years ago. This Greek pizza recipe is a different take on the traditional italian pizza or calzone. Italian pizza has a thin and crusty base, but for this Greek pizza recipe you will need a more fluffy and thicker base which will help to keep your ingredients in place once you fill the peynirli. Unlike the traditional Italian pizza or calzone, this Greek pizza/Peinirli is shaped like an open top boat with folded ends and its key ingredients deliciously melt in the middle. Traditionally peinirli is made with kasseri, a Greek cheese that is salty, soft textured, stringy rather than crumbly and chewy and usually it contains no tomato sauce. From simple ham and cheese to eggs to mince meats you can top Peinirli with any sort of the ingredients. 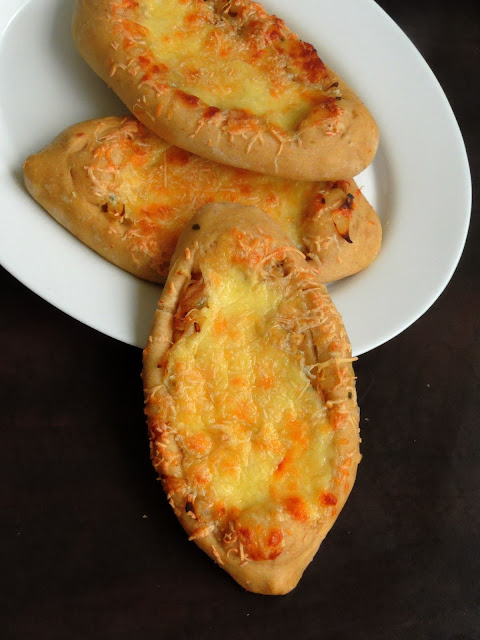 Put the flour, sugar, yeast and salt in a large mixing bowl.

Take a bowl, add the yoghurt, oil and hot water together. Add the wet ingredients to the dry ingredients and knead everything well.

Once the dough comes together, oil your hands then mix the dough. Just knead the dough until it turns soft.

Drop the dough in greased bowl. Cover the bowl with cling film and leave for an hour.

Lightly flour your work surface and divide the dough into 6 balls. 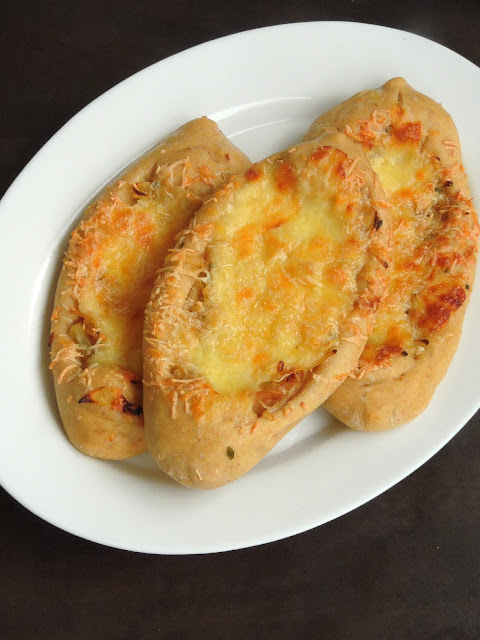 Flatten one of the pieces into a disk then roll out to an oval shape using a rolling pin.

Fold the ends as shown in picture and pinch the both edges tightly to form boat shaped dough.

Transfer to a tray lined with baking paper and pierce the bottom of the ‘boat’ with a fork. 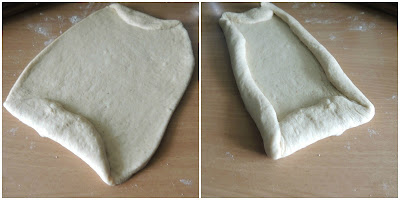 Repeat with the rest of the dough. Loosely cover with cling film and leave it aside for half an hour.

Spoon the cheese filling to the doubled dough (i left it simply with cheese, if you want to add some toppings, dont forget to add now).

Brush the dough with melted butter.

Bake in the centre of the oven for 20-25 minutes until the dough is golden and cooked at the bottom.

Cool for few minutes before serving. 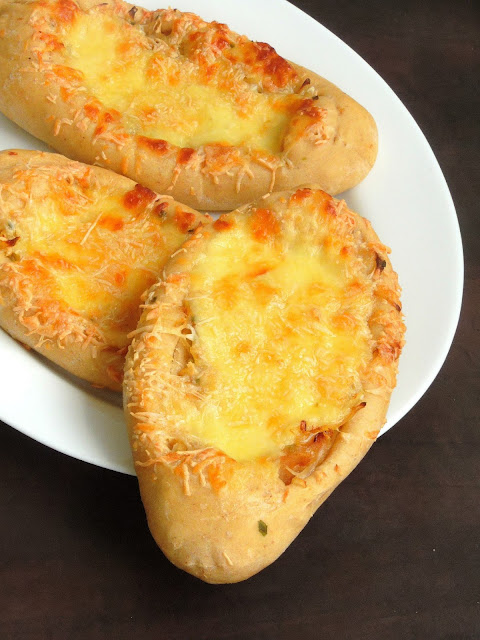