Edacademie
Morocco is a Northwestern African country with rugged mountains, large tracts of desert and lengthy coastline with Atlantic ocean and Mediterranean sea. Moroccan cuisine is a mix of Arabic, Andalusian and Mediterranean cuisines with European and Subsaharan influence. Moroccan’s  quite popular and familiar dish is Couscous, its quite a old national delicacy. Daily meal of a moroccan people have a bread in their menu. Bread in Morocco is traditionally made with durum wheat semolina and its known as  Khobz. Bakeries in Morocco serves fresh breads as its a staple in every city, town and village. Moroccan cuisine have number of flat breads and they do exists as both leavened and unleavened which are mostly pan fried breads.Bread will be always on each Moroccan tables and eaten with almost every meal. Bread is always served with traditional cuisine of Morocco which consists of tajines, stews and soups. Moroccan breads are primarily made by all women at home and often twice daily. This results in fresh and delicious breads of all kinds from flatbreads to pancakes. 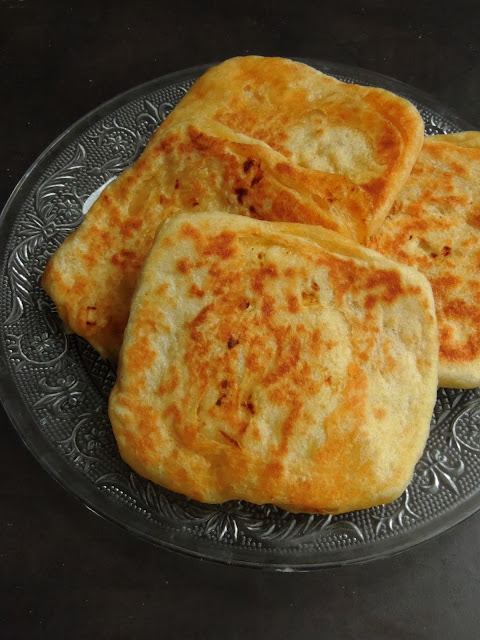 Bread in Morocco is a key of any Moroccan diet. There is an ancient  Moroccan proverb which says that “manage with bread and butter until God sends honey”. In cities, Moroccans can be spotted daily earlier in the morning carrying bags of assorted breads that they picked up at the market. In villages women bake their own bread from scratch with earthen ovens.Historically, bread has played an important role in the life of Moroccans. Until the 1980’s, almost all Moroccan families made their own bread. There are some flatbreads which are quite popular in Moroccan cuisine. Rghaif which is folded and fried flatbreads like msemen and meloui or crepe-like beghrir are frequently eaten as bread for breakfast, tea time or a snack.Am running this whole month of blogging marathon with A-Z International flatbreads, hence am posting this fabulous, dangerously delicious Moroccan stuffed flatbread aka R’ghayef for today’s alphabetic letter aka ‘R’. R’ghayef is very much like Msemen or Meloui but its has stuffing inside, you can stuff anything you desire, mine is stuffed with some spicy onion filling and we loved it. 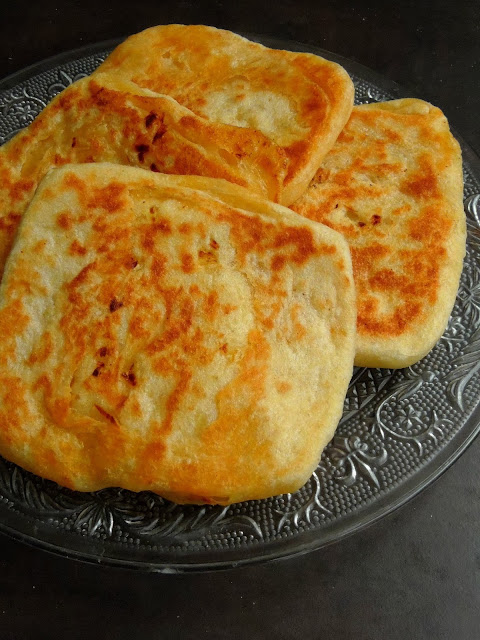 Drop the dough to a floured surface, knead well until the dough turns soft, smooth and elastic.

Grease a bowl, arrange the dough, wrap it and arrange in a warm place for an hour.

After an hour, punch the dough, knead again and divide the dough as  8-10 balls, brush the balls with oil and wrap them.

Let them sit again for half an hour.

Add the onion, salt,mix everything well. 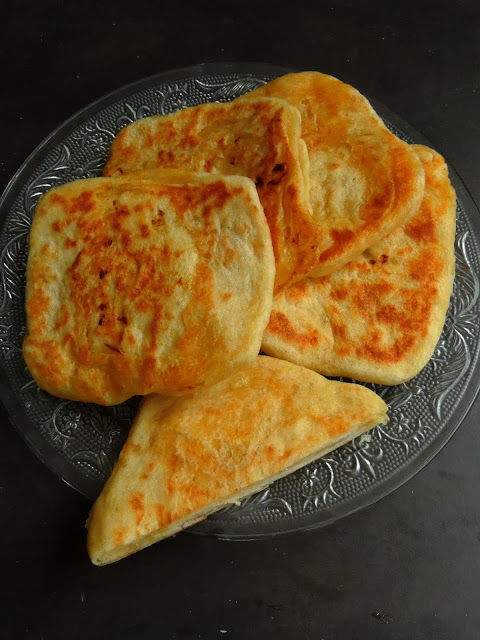 Now take a dough ball, grease the working surface with enough oil, flatten it well with oiled hands as much as possible, now take a spoon full of the prepared stuffing.

Drop it and spread evenly with your hands on the flatten dough.

Meanwhile heat a griddle, once its hot, drop the flattened rghaif/flatbread, drizzle some oil and cook on both sides.

Once its turns golden brown on both sides, remove and serve hot. 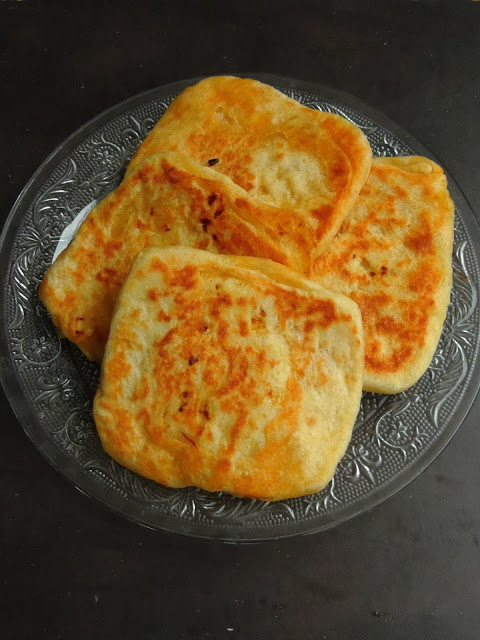