Edacademie
Uzbek cuisine one of the most savoury cuisine in Central Asia. With very appetizing flavours, Uzbek food make everyone’s mouth water. Plov, manti, shurpa, shashlik, lagman, samsa are Uzbek dishes which smell too good so that one cant resist to taste all those dishes.Many Uzbek recipes have centuries-old history, and the process of preparing food is accompanied with various rituals. At their fertile valleys, Uzbek people raise their own vegetables, fruits and cereals.Needless to say Uzbek foods are influenced with some culinary traditions of Turkic, Kazakh, Uigur, Tajik, Tatar, Mongolian and other neighboring nations, settled on the territory of Central Asia.Pastry and sour-milk dishes take an important place in Uzbek food. The national Uzbek food is prepared with wide use of meat: mutton, beef and horse meat. As much as like most of the Asian countries, each regions of this country cook in their own way.In the north, people serve food with plov, roasted meat, pastry and lepeshka (bread). On the south people prepare wide variety of complicated dishes of rice and vegetables and also make excellent desserts. 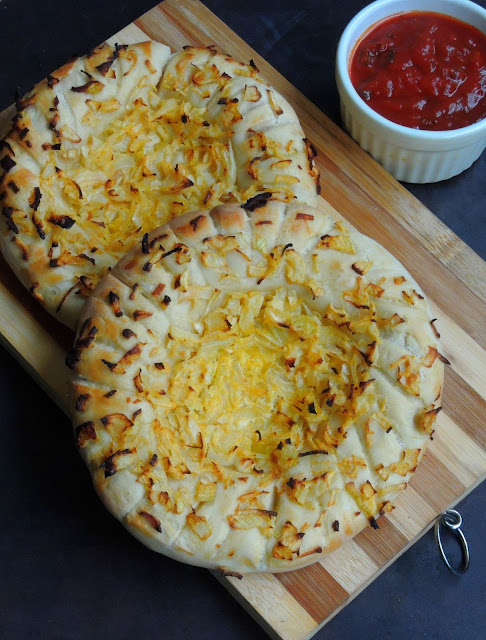 Uzbeks generally eat by hand and sit at the floor or at the low table aka dastarkhan. Bread is sacred by Uzbek people. By a tradition, when someone leaves the house, he should bite off a small piece of bread, which will be kept until he comes back and eat it. Uzbek bread are called generally as non or lepeshka, which is round,flat and baked in clay oven.There are two types of lepeshkas aka Uzbek breads : plain (obi-non) and festival one (patir). Traditionally Uzbek bread is never cut with knife. Bread is broken into pieces by hand and placed on the table near each place setting. Do not place Uzbek bread upside down,as its consider as disrespect. Uzbek people consider bread to be greatly respected. Am sharing a flavourful Uzebek bread aka Qashqari Patir, and this bread is flatbread with onions and yogurt toppings. Such an interesting flatbread from Uzbek cuisine na, am running this month’s blogging marathon with A-Z International flatbreads as theme for this whole month. Hence am posting this Uzbek bread aka festive bread for the alphabetic letter ‘Q’. 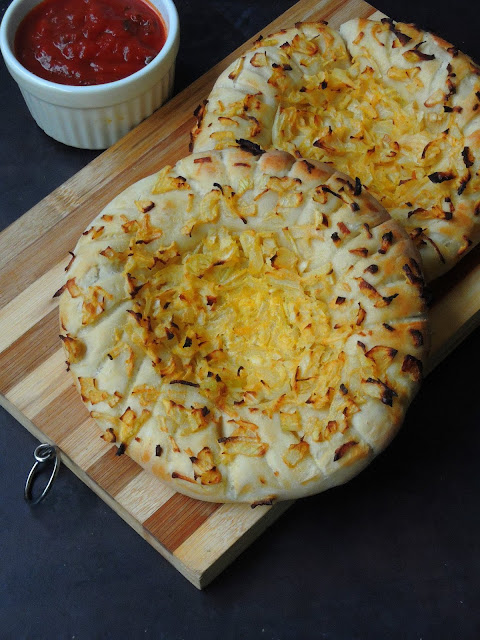 Chop the onions well and  mash them with your hands and squeeze out all the juice from onions, keep aside.

Leave the dough in warm place for 2 hours.

Take 3 tbsp of drained onions and mix them with yogurt and egg yolk. 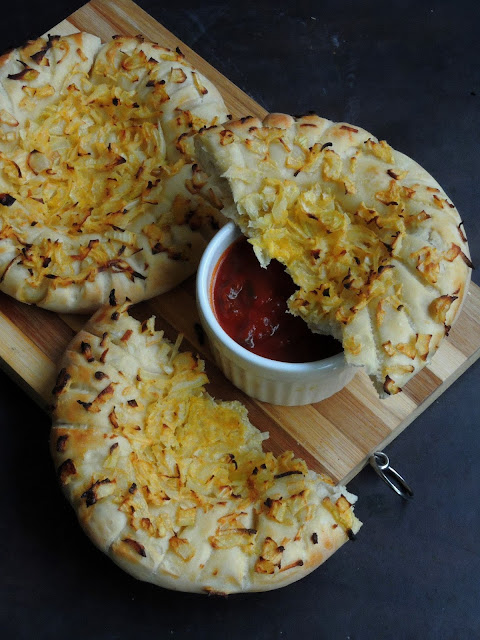 Flatten them by hand and cut the edges with sharp knife. Make sure that middle is a little thiner then the edges. Punch the center of the bread with “chakich” or a fork.

Meanwhile take the chopped onion, yogurt and egg yolk in a bowl, mix everything well.

Now spread the onion-yogurt and egg yolk mixture to the top of the bread.

Bake in preheated oven until bread is golden.

Remove from the oven and enjoy with your favourite foods or sauces. 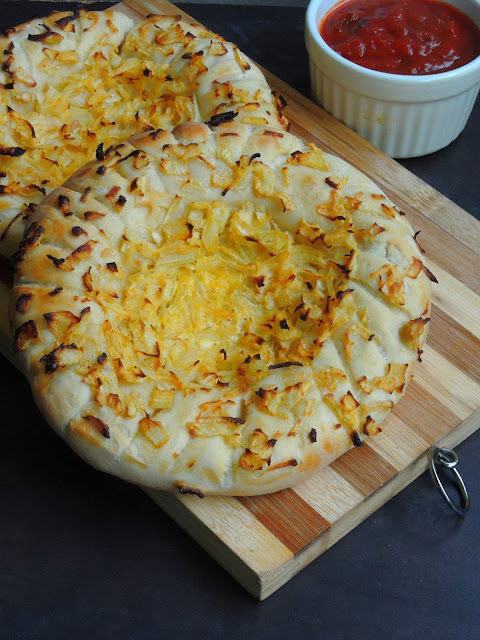