Edacademie
You all might know about the popular street food aka Batata Vada. Its one of the most famous fast food in Maharashtra. These batata vadas are nothing but potato fritters. The name Batata comes from Portuguese who brought potatoes to India. Its a deep fried food which calls for mashed and spiced potato ball which is later coated with chickpea flour,served along with chutney. Batata vada is served typically with green chillies and with varieties of chutneys. Batata vadas is often eaten in form of Vada pav. Its also an another popular street food. Though this potato fritter is prepared usually with mashed potatoes, i tried my hands by combining the healthy and protein rich cooked and mashed rajma along with potatoes. And i named my today’s post as Rajma batata vada, yes this batata vada tastes extremely delicious and prefect to munch for an evening snacks. 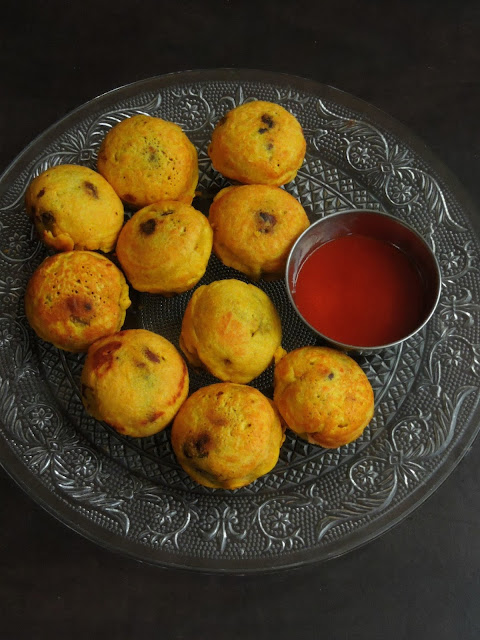 Am running this week’s blogging marathon with an interesting theme, my theme for this week is Stuffed dishes. And i kick starting this theme with this nutritious, protein packed Rajma Batata Vada. Apart from adding mashed rajma, this batata vada calls for usual ingredients. Also not to forget that this Rajma batata vada calls for appe pan aka paniyaram pan, yes this cuties are not deep fried. I used Paniyaram pan to make them totally guilt free as appe pan asks for less quantity of oil than the deep fried ones. However if you want to deep fry them, dont hesitate a second. Trust me, you cant just stop yourself munching these vadas. We loved it to the core, though i served these guilt free vadas with sweet chilly sauce. 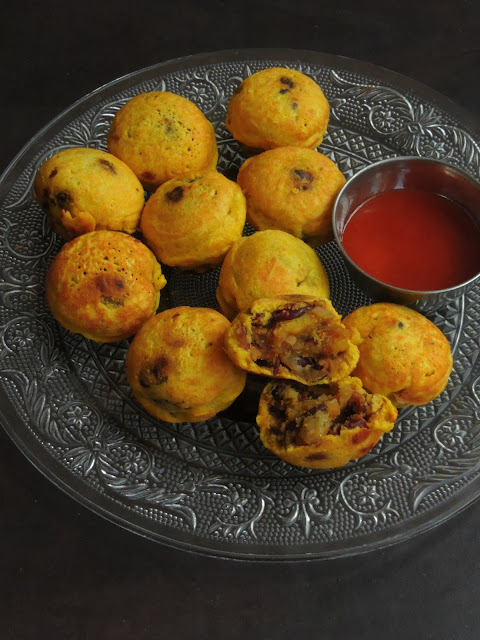 Immediately add the chopped onions, grated ginger and chopped green chillies,sauté everything for few minutes until the onions turns transculent.

Now add the cooked and mashed potatoes,slightly mashed rajma with salt to the cooking veggies,cook for few minutes.

Finally add the coriander leaves and put off the stove. 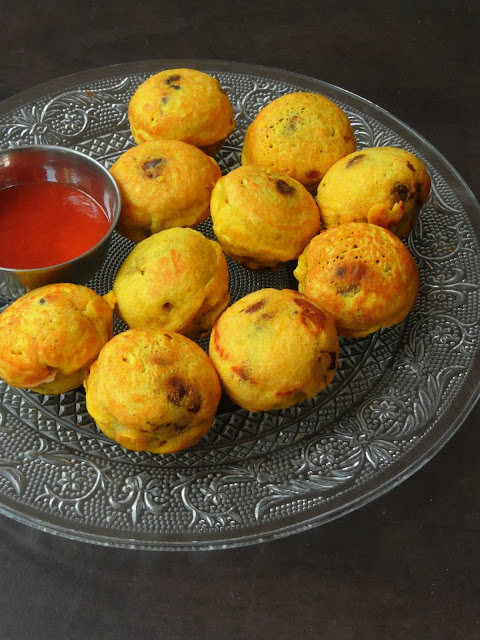 Take all the ingredients give for batter in a bowl, add enough water and turn as a thick batter.

Make small balls from the prepared potato-rajma mixture, dip gently in the batter.

Drop gently to the hot appe pan, cook in simmer.

Flip the vadas and cook on both sides until they gets well cooked.

Serve with spicy chutneys or sauces. 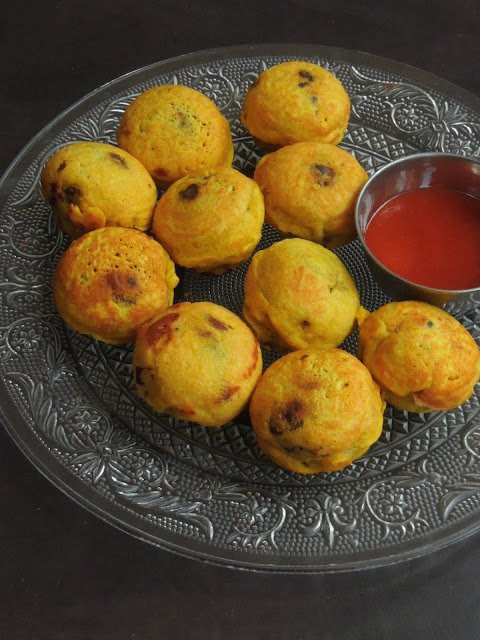